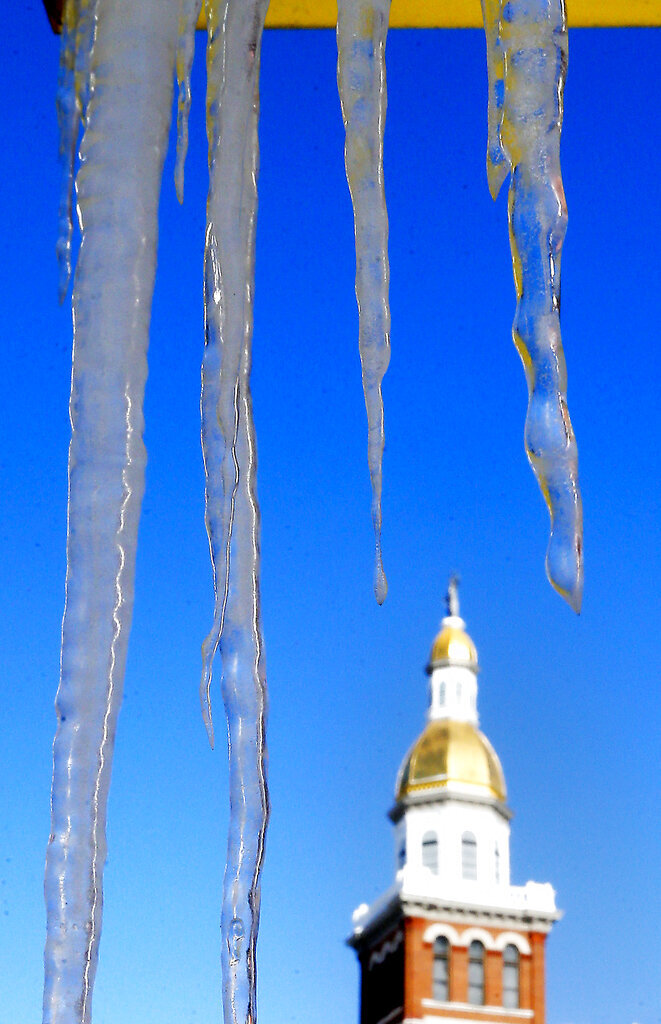 The polar vortex couldn't stop college basketball in the Midwest.

Despite the deep freeze, a dozen men's games and four women's games in major conferences were scheduled to be played Wednesday night as temperatures approached or broke records.

In Indianapolis, school was canceled at Butler and other nearby schools — but the game between the Bulldogs and No. 10 Marquette wasn't.

Athletic department officials put heaters near the metal detectors at each gate, an attempt to keep security guards and fans warm as the temperature hovered near 3 degrees with a wind chill of minus-17 when the gates opened 90 minutes before tip-off. They also asked security guards to expedite the screening process to get fans safely into Hinkle Fieldhouse.

Outside, the occasionally long lines outside were significantly shorter and sometimes non-existent. And when fans got inside some tried to warm up with hot beverages while seeing their breath in the air.

For many, it was merely braving the weather to make the walk across campus or from the neighborhood surrounding the fieldhouse. But season-ticket holders Dennis and Dianne Howell dealt with the treacherous conditions and made the 60-mile drive southwest from Parker City, Indiana, to Indianapolis.

"There was (some doubt) about coming until I dug out my long johns," 64-year-old Dianne Howell add.

The 66-year-old Dennis Howell added: "The walk from the garage to the field house was the worst part."

DePaul offered free covered parking and a complimentary shuttle for its game against Villanova.

Officials at 20th-ranked Iowa State — where it was so cold that even the U.S. Postal Service postponed service on Wednesday — tried to make the fans' journey to Hilton Coliseum for its game against West Virginia less imposing by opening its parking lots on a first-come, first-serve basis. Its typical system allows season-ticket holders to park much closer to Hilton Coliseum.

Down the road in Des Moines, Drake offered students free Chick-Fil-A sandwiches, pizza and pulled pork sliders along with a complimentary shuttle that dropped them off at the entrance of the arena for its game against Illinois State.

The Bulldogs also got their mascot, Griff, into the spirit by bundling him up for the occasion, though the slobbering pooch didn't seem to enjoy his new snow boots.