Freshmen lead No. 20 Alabama past Longwood 75-54 in opener 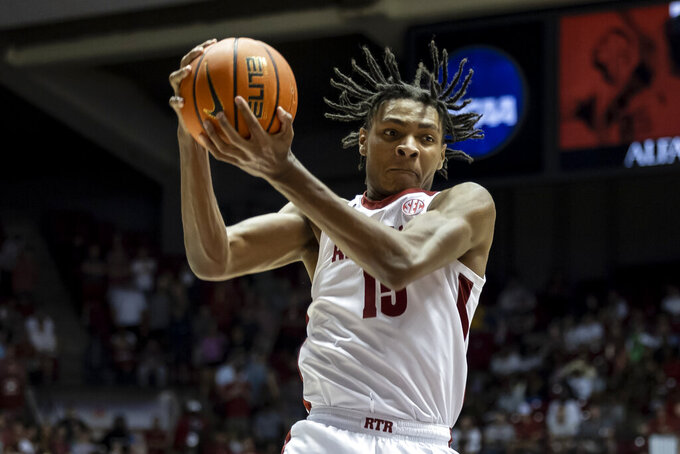 Alabama forward Noah Clowney (15) grabs a rebound during the first half of the team's NCAA college basketball game against Longwood, Monday, Nov. 7, 2022, in Tuscaloosa, Ala. (AP Photo/Vasha Hunt) 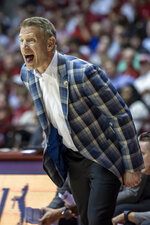 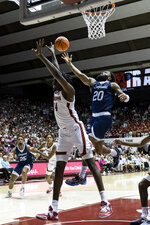 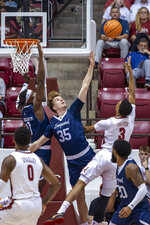 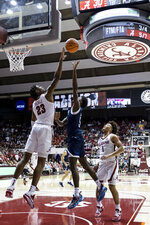 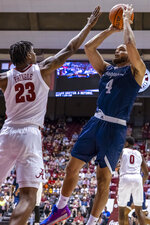 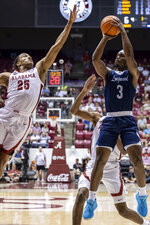 TUSCALOOSA, Ala. (AP) — Brandon Miller had 14 points and 13 rebounds in his college basketball debut as No. 20 Alabama beat Longwood 75-54 on Monday night.

“I thought the competition side, we got out there and played hard,” Alabama coach Nate Oats said. “Effort stuff that we chart, we were much better. We competed really hard even though shots didn’t drop. Sometimes I think guys, when offense goes bad, they quit playing hard. I don’t think we had much of that tonight.”

“They’re big and long. We would get to the rim so often and it’s just hard to execute,” Longwood coach Griff Aldridge said. “They’re trying to funnel you right into the rim and you have to hit a floater or dump it off. Our guys are so much smaller than theirs, so that’s a challenge.”

Alabama held an eight-point lead at halftime and extended it at the foul line, making 13 of 18 free throws in the second half.

“Obviously, Alabama’s a very athletic and big team, and we don’t see that type of athleticism and length in practice every day or even in our schedule much,” Aldridge said. “I thought our guys, particularly in the first half, battled well.”

Freshmen accounted for 48 points in Alabama's season debut, including three of the four players who scored in double figures. Miller, Bradley, Griffen and Noah Clowney (nine points) also combined to pull down 32 of the team's 67 rebounds.

“Some people had it ranked as the third class in the country and I think it’s showing,” Oats said. “I was happy with the freshman class. We’re going to play them a lot this year, that’s for sure.”

Alabama is likely to get more production from returning players when its two most veteran guards, Jahvon Quinerly and Dom Welch, return from injury. Welch is day-to-day, but Quinerly will miss several weeks after injuring a knee in last season’s NCAA Tournament. Until then it could be a heavy dose of underclassmen, especially considering both sophomores on the roster (Charles Bediako and Nimari Burnett) were in the starting lineup.

Alabama’s affinity for the 3-point shot was part of its downfall last season, shooting just 30.9%. Oats was vocal about this team needing to be better in that regard.

“I think we had some first-game jitters from some of our guys,” Oats said. “I think the shooting numbers will take care of itself.”