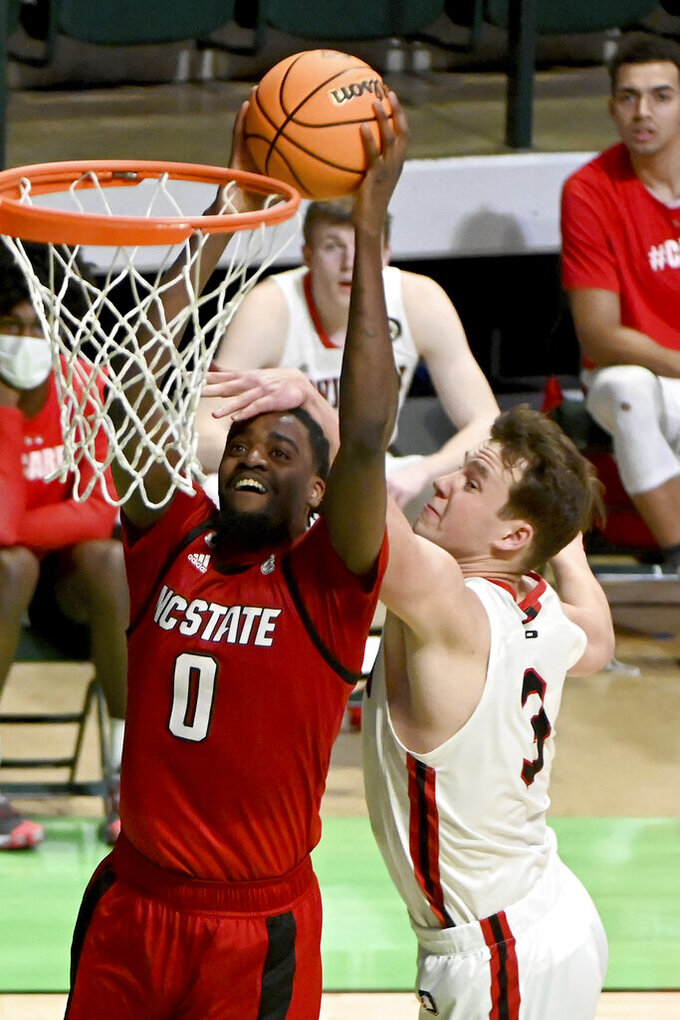 North Carolina State forward DJ Funderburk (0) dunks over Davidson forward Sam Mennenga (3) in the first half of an NCAA college basketball game in the first round of the NIT, Thursday, March 18, 2021, in Denton, Texas. (AP Photo/Matt Strasen) 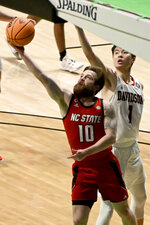 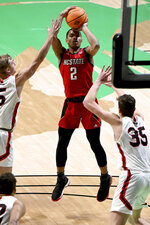 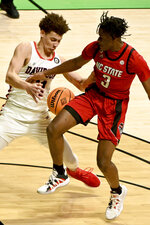 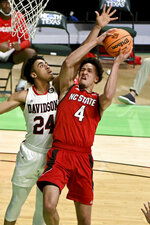 DENTON, Texas (AP) — DJ Funderburk and Manny Bates combined for 35 points on 15-of-17 shooting and North Carolina State defeated Davidson 75-61 in a first round NIT game on Thursday night.

Funderburk matched his season high with 21 points, hitting 8 of 10 shots and grabbing seven rebounds. Bates went 7 for 7 for 14 points and had seven rebounds.

Jericole Hellems added 13 points for the Wolfpack (14-10), who improved to 11-2 in the first round of their 13 NIT appearances. They will face in the winner of Friday's game between Buffalo and Colorado State in the second round next Thursday.

N.C. State, which shot 36.2% in losing its last game in the Atlantic Coast Conference Tournament, shot 58.8(asterisk) for the game and with seven 3-pointers — in 17 attempts — matched Davidson. However, Davidson put up 24 shots from distance.