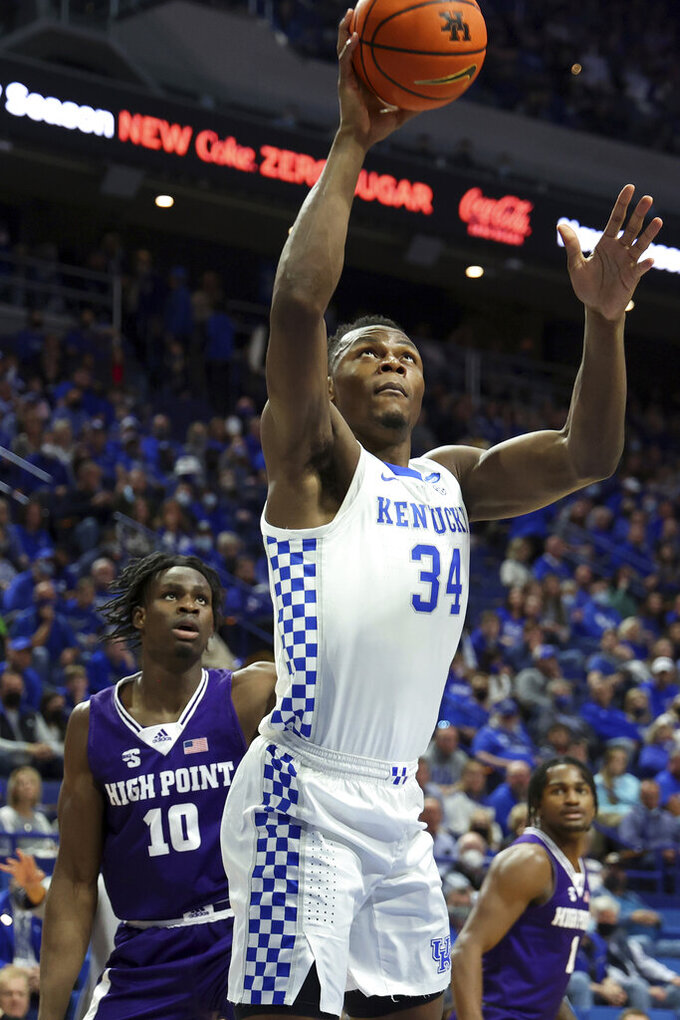 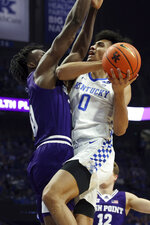 Grady spoiled Smith’s trip to Rupp Arena, making seven 3-pointers to lead No. 18 Kentucky to a 92-48 victory over High Point on Friday.

Kentucky raised a jersey in Rupp to honor Smith. But after the pregame ceremony, it was all Wildcats.

Kentucky shot 58% from the field in the first half and led 43-25 at the break. High Point closed to 47-34 on Zach Austin’s 3-pointer with 17:14 left, but Grady responded with three more 3s during an impressive burst.

“(Coach John Calipari) mentioned during starting lineups he was going to run a couple sets to give me the opportunity to get a couple shots,” said Grady, who finished with 23 points.

TyTy Washington had 15 points and nine assists for the Wildcats (11-2), and Oscar Tshiebwe finished with 15 points and eight rebounds.

Austin and John-Michael Wright each had 12 points and six rebounds for High Point (6-8).

Fans packed Rupp Arena early to witness the unveiling of Smith’s jersey before the game. As the former Kentucky coach made his way to the floor during warmups, the crowd applauded and chanted “Tubby! Tubby!”

“You want to enjoy the moments and savor these opportunities. When you do your job and do it the best of your ability, people respect that," Smith said. “And I think that is a testament to the values we tried to instill in our players and family.”

Thanks to the large margin, Kentucky’s starters left the game with about 10 minutes to play.

The Wildcats got valuable minutes from their reserves, including Lance Ware, who had five rebounds and two blocked shots in eight minutes of play, and Jacob Toppin, who had six points and six rebounds in nine minutes.

Kentucky went 18 for 31 from 3-point range. Grady was 7 for 10, and Washington went 3 for 5. The Wildcats were very efficient on offense, shooting 59% for the game and finishing with 23 assists on 39 field goals.

“When we make shots like we made today we are going to beat people and there will be a big margins,” Calipari said.

Kentucky faces a challenging SEC road opener on Tuesday at No. 16 LSU. It will be Kentucky’s first true road game since a disappointing 66-62 loss at Notre Dame. Washington said the team has been more focused since that loss and will go at each other hard in practice to get ready for Tuesday’s showdown in Baton Rouge.