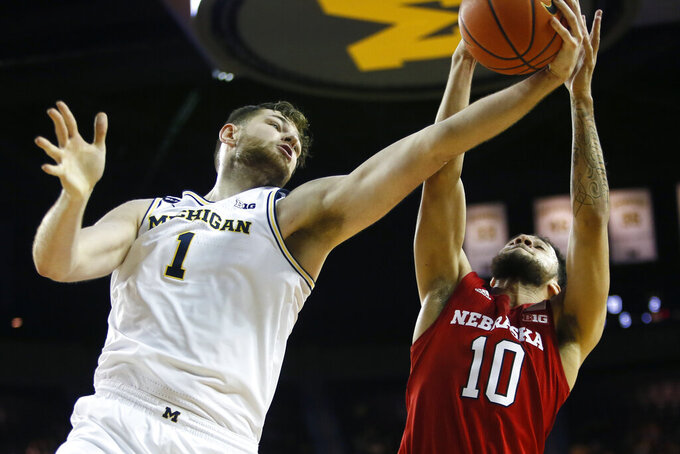 Michigan center Hunter Dickinson (1) grabs a rebound away from Nebraska guard Kobe Webster (10) during the second half of an NCAA college basketball game Tuesday, Feb. 1, 2022, in Ann Arbor, Mich. Dickinson led all players with 26 points and eight rebounds in a 85-79 win. (AP Photo/Duane Burleson) 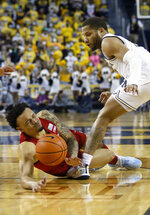 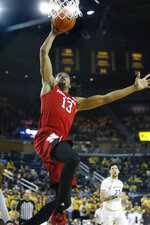 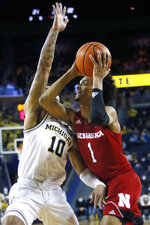 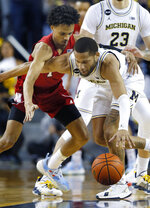 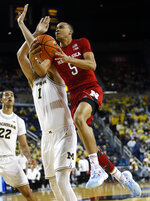 C.J. Wilcher's two free throws for Nebraska tied the game at 79 with 1:20 remaining. DeVante’ Jones answered with a layup and then forced a turnover on the ensuing possession. Eli Brooks and Jones each made a pair of free throws to end it.

Dickinson made all six free-throw attempts and grabbed eight rebounds. Brooks finished with 20 points and Jones 18. The trio combined for 23 of the Wolverines' 28 made field goals.

Michigan trailed by seven points at the break but opened the second half with a 20-3 run. Nebraska answered with a 26-9 surge for its largest lead, 73-66, with about six minutes remaining.