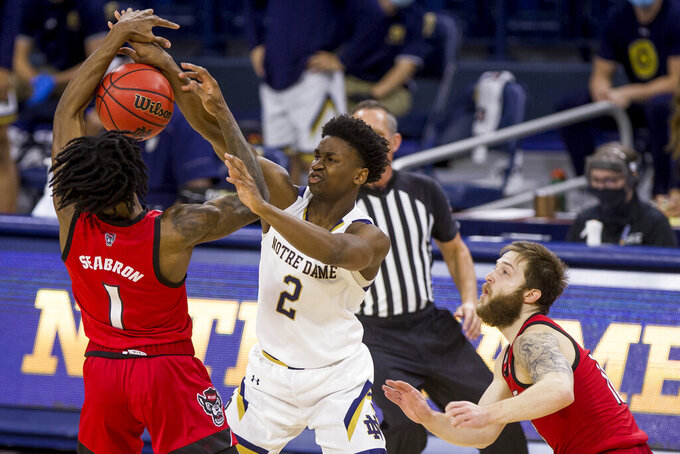 Jericole Hellems added 13 points for the Wolfpack, who have won the last four meetings against Notre Dame.

The Wolfpack built a 40-32 halftime advantage, opened the second half on a 16-7 run and led by double-digits for nearly the rest of the way.