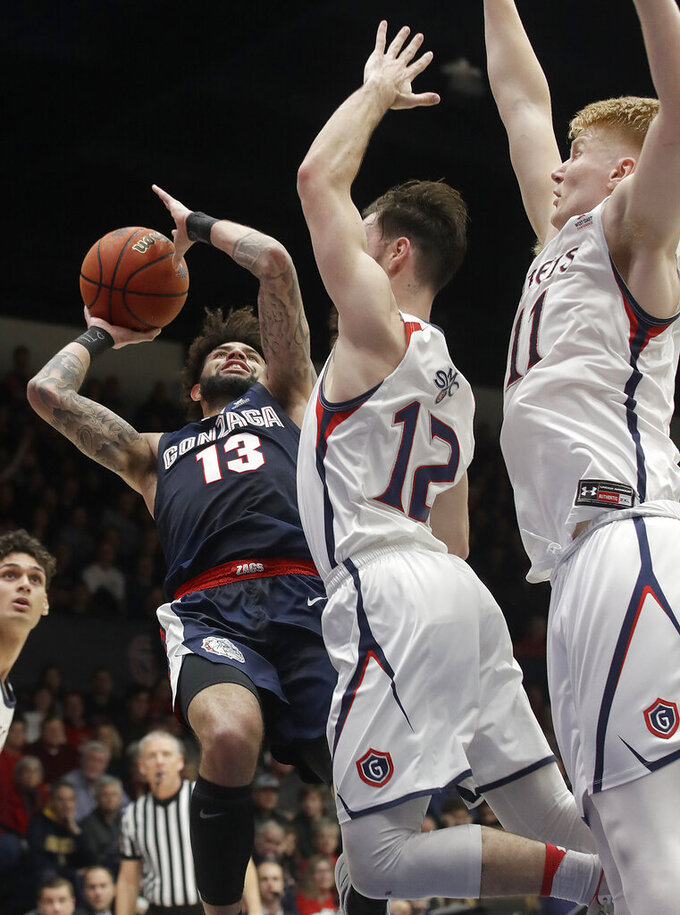 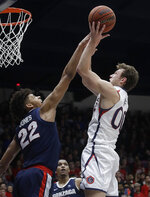 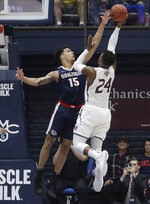 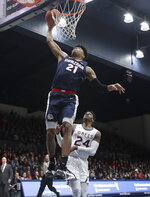 MORAGA, Calif. (AP) — Josh Perkins scored 19 points and Brandon Clarke sparked a big second-half run with strong play on both ends of the court to help No. 1 Gonzaga wrap up a perfect conference regular season with a 69-55 victory over Saint Mary's on Saturday night.

Clarke had six points during the game-changing 17-0 spurt in the second half that sent the Bulldogs (29-2, 16-0 West Coast Conference) to another lopsided win, extending the nation's longest winning streak to 20 games.

Clarke also had three blocks during that stretch and influenced several others as Gonzaga proved to be far too tough for its fiercest conference rival and sealed its fifth perfect conference record in the regular season.

Jordan Ford scored 19 points to lead the Gaels (20-11, 11-5). They went nearly eight minutes without scoring in the second half.

Saint Mary's cut the deficit to 47-44 when Tanner Krebbs scored on a layup with 12:07 to play. By the time the Gaels fell behind by 20 points before scoring again on a basket by Jock Perry with 4:21 remaining.

Rui Hachimura had 17 points for the Bulldogs and Clarke finished with 15 points and four blocked shots.

Gonzaga broke out to an 11-2 lead early to silence the overflow crowd before the Gaels responded by making seven of their next eight shots to take a 21-19 lead on a 3-pointer by Ford.

The Bulldogs led 36-34 at the half after Filip Petrusev hit a fall-away jumper at the buzzer.

Gonzaga: The Bulldogs finished the conference season barely getting tested. They outscored the opposition by 27 points per game to set a WCC record and haven't played a game decided by single digits since losing 76-73 at Tennessee on Dec. 9. Gonzaga trailed in the second half in just two games all conference season for a total of 42 seconds. Things figure to get tougher when the NCAA tournament starts later this month.

Saint Mary's: After losing the first meeting by 48 points in the most lopsided loss since coach Randy Bennett arrived at Saint Mary's in 2001, the Gaels looked like they would be overwhelmed again after the slow start. But they responded and stayed close until the second-half drought that featured six missed shots, six turnovers and two missed free throws. The loss dropped Saint Mary's to 1-35 all-time against top 10 teams, with the only win coming against Villanova in the 2010 NCAA tournament.