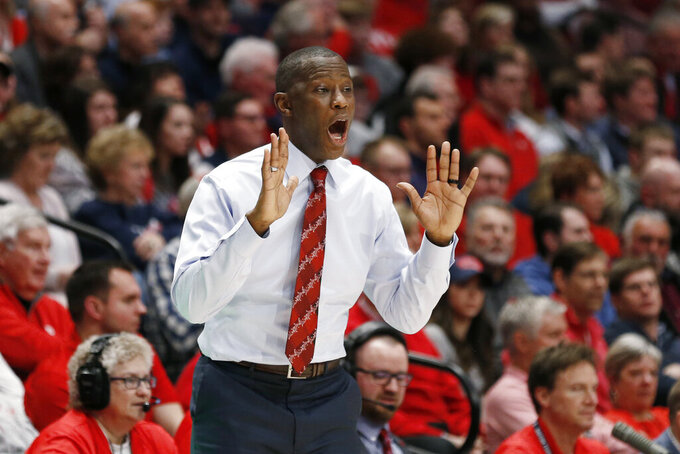 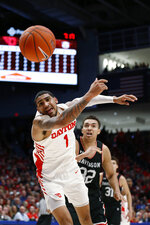 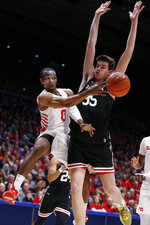 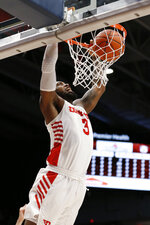 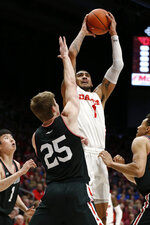 DAYTON, Ohio (AP) — No reason to cut down the net after Dayton clinched a conference title. These fourth-ranked Flyers have more big moments in mind as March approaches.

Obi Toppin demonstrated his assortment of dunks while scoring 23 points with near-perfect shooting, and the Flyers wrapped up the Atlantic 10 regular-season crown Friday night by beating Davidson 82-67.

“We went 27 of 28 on 2-point field goals, which is unheard of,” coach Anthony Grant said. “A great job tonight of taking quality shots and sharing the ball.”

Toppin led the way, providing a pair of fast-break dunks in the second half that were exclamation points on Dayton's sensational season. He went 10 of 11 from the field — his only miss was from beyond the arc — and had 12 rebounds.

“We definitely want to finish this off and make a statement so when we get to March we've got a statement on our back,” Toppin said.

Five Flyers finished in double figures as Dayton had its best shooting night since it made 77.5% from the field against Southern on March 1, 1986.

Junior guard Ibi Watson came off the bench and scored 13 points, taking on a bigger role in the offense with Jalen Crutcher in foul trouble. Crutcher finished with 14 points.

“It feels like everybody was locked in today,” Toppin said.

Grant decided not to cut down the nets, given that the Flyers have another home game left and bigger goals ahead. Dayton got the title in Grant's third season since returning to his alma mater.

“I'm the luckiest man in the world,” Grant said. “It's rare you get to do it at your alma mater.”

Toppin was the catalyst. He had a dunk, a long 3 from the top of the key and a floater in the lane that gave Dayton a 21-13 lead.

The Flyers' guards then took control.

Rodney Chatman had a layup and a 3-pointer, Watson scored on three consecutive drives to the basket and Toppin hit another 3 for a 40-21 lead, the Flyers' biggest of the half.

Dayton came into the game leading the nation in field goal percentage at 52%. The Flyers shot 69% in the first half, with most of their points coming off drives to the basket.

Toppin had a pair of fast-break dunks — the second one a reverse slam — that brought the crowd of 13,407 to its feet and pushed Dayton's lead to 56-33 early in the second half, when Dayton went 16 of 21 from the field with all five misses from beyond the arc.

Davidson's Jon Axel Gudmunsson scored 17 of his 20 points in the second half, when the Wildcats never got closer than 12.

Davidson completed a resurgent month, going 5-3 with four wins by at least 25 points.

Dayton is two wins from running the table in the Atlantic 10. The Flyers haven't lost since a 78-76 overtime defeat against Colorado on Dec. 21.

The Flyers held their own this week after moving up to No. 4, their highest ranking since they were No. 3 at the end of the 1955-56 season. They also won 62-55 at George Mason on Tuesday.

Davidson plays its final road game at Richmond on Tuesday. The Wildcats lost to Richmond 70-64 on Jan. 14.

Dayton plays its final road game at Rhode Island on Wednesday. The Flyers beat the Rams 81-67 on Feb. 11 at UD Arena.