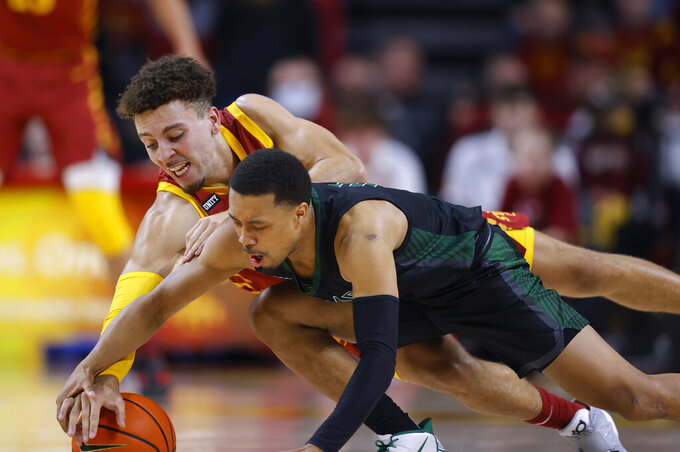 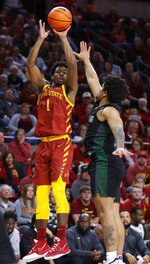 AMES, Iowa (AP) — Izaiah Brockington had 20 points and 13 rebounds, Tristan Enaruna added 19 points and 10 rebounds, and No. 9 Iowa State rolled to a 79-48 win over Chicago State on Tuesday night.

The Cyclones (12-0) came into the game limiting opponents to 56.8 points per game, 12th in the nation. They have now held nine teams to 60 or fewer points.

Iowa State, which shot 48 percent and owned a 41-31 rebounding edge, was never really challenged by Chicago State, building a 64-33 lead with less than 8 minutes to play.

The Cyclones seized control early, hitting eight of their first 10 shots and using a 16-0 run to build a 20-4 lead. A 3-pointer from Caleb Grill highlighted the scoring spree and made the score 15-4.

Chicago State made just 2 of its first 13 shots and at one point was 4 of 19 from the floor.

Still, the Cougars managed to pull to 34-23 at halftime.

Iowa State broke into the top 10 for the first time since mid-December 2015 and now has time to prep for a Big 12 opener against No. 1 Baylor on Jan. 1. The Cyclones were picked to finish last in the conference in a preseason poll.

Chicago State plays at nearby Drake on Wednesday. The game was originally supposed to take place Sunday but was postponed due to health and safety concerns within the Chicago State program.