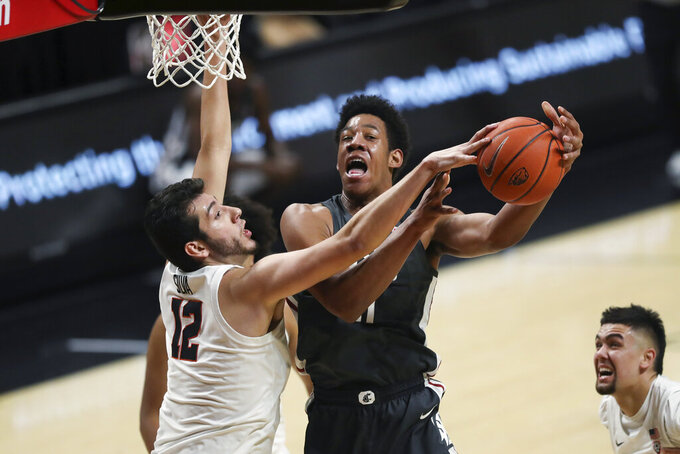 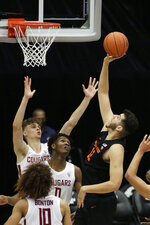 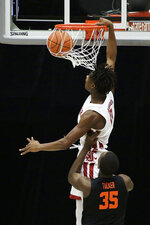 CORVALLIS, Ore. (AP) — Ethan Thompson scored all 12 of his points in the final 8:37 to help Oregon State pull away for a 68-66 win over Washington State on Saturday.

The Cougars cut the deficit to two with an 8-2 run, and Isaac Bonton intentionally missed a free throw attempt with three seconds left to give his teammates a chance for a putback, but Warith Alatishe grabbed the rebound for Oregon State to secure the win.

Ryan Rapp had 15 points and DJ Rodman had 14 points, both career highs for the Cougars (11-8, 4-8). Efe Abogidi and Noah Williams added 12 points apiece. Bonton had seven points on 2-of-14 shooting with five rebounds and eight assists. He entered the game averaging 18.8 points.

Oregon State trailed 34-32 at halftime after conceding 16 points off 12 turnovers and 17 second-chance points off the Cougars’ 10 offensive rebounds. The Beavers had just two turnovers in the second half.

Washington State’s Dishon Jackson left the game and did not return with a left ankle injury suffered with 16:43 left in the second half.