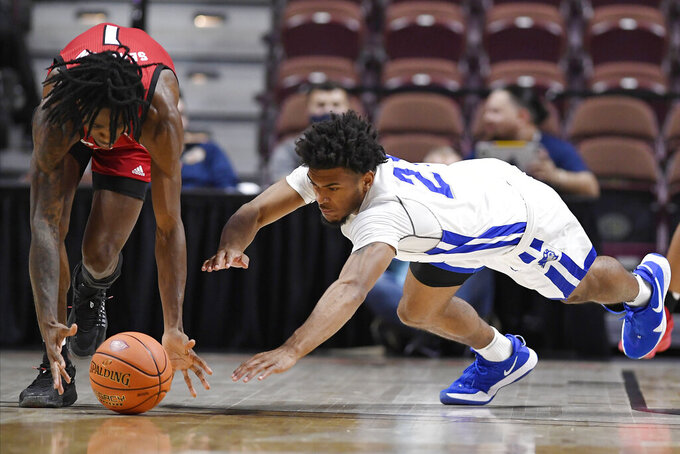 Seabron, who had double-doubles in the first two games of the season, made 8 of 12 from the field and 8 of 10 from the free-throw line. Terquavion Smith added 11 points, including three 3-pointers, and five assists for N.C. State (3-0). Cam Hayes scored 10 points.

Seabron scored the final five points of the first half before Casey Morsell and Jericole Hellems capped a 10-2 run to open the second with back-to-back 3-pointers and gave N.C. State its biggest lead of the game at 42-35.

Trenton McLaughlin made two 3-pointers 67 seconds apart to pull the Central Connecticut (0-3) within a point of the Wolf Pack with 9:19 to play but the 6-foot-7 Seabron, who averaged 5.2 points per game as a freshman last season, took over. He used his speed and long frame to continuously get to the rim — both in transition and in the half court — where he consistently finished, was fouled, or both.

He converted a three-point play 13 seconds later and made a fast-break layup 27 seconds after that to spark a 13-0 run to push N.C. State's led into double figures for good. Seabron added three more layups down the stretch, drawing contact on the last of those and hitting the 1-and-1 free throw to make it 74-59 with 1:43 left.