Sports returned in 2021, but not the way we remembered them 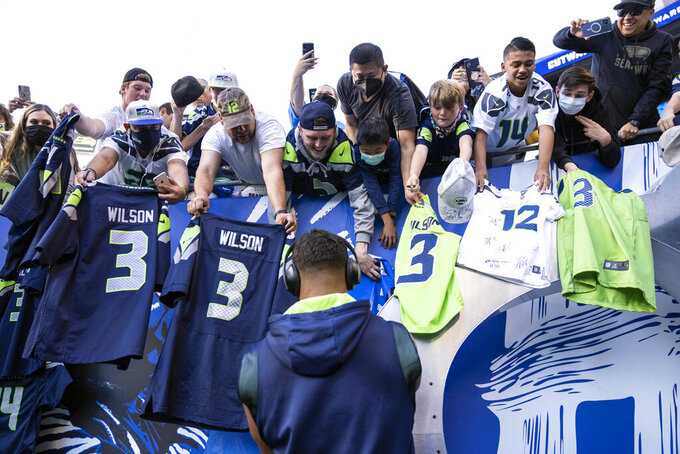 The fans came back, and even if their money was no good at arenas and stadiums, their credit cards and payment apps certainly were.

Though the sports we watch brought with them a façade of “back to normal” as the pandemic-altered 2021 came to a close, a new reality took root this year: Every game, every practice, every season is a positive test or outbreak away from being postponed or compromised or canceled.

Nobody can take any of this for granted anymore.

That's one of the many ways the COVID-19 pandemic carved away at the “old normal” in 2021, a year in which sports came back from the total shutdown the coronavirus triggered in 2020 — but not quite in the way we remembered.

Take March Madness. After being scrubbed in 2020, the college hoops extravaganza returned. But even the term “March Madness” lost a bit of its fun-loving insouciance when, thanks to a video posted on social media by Oregon's Sedona Prince, the inequities between the men's tournament, which used the moniker, and the women's, which did not, were spelled out in stark terms.

COVID-19 forced the NCAA to hold the entirety of both tournaments in one city — the men in Indianapolis, the women in San Antonio — and the ability of the players, and the media, to compare the events side by side, apples to apples, forced the NCAA to confront the ugly reality that, Title IX be damned, it does not treat the women as equals to the men.

That led to a gender-equity study that called for a number of changes — in how the NCAA budgets for the tournaments and, yes, in what it calls them. The “March Madness” brand now belongs to the women, too.

In another change with roots in the pandemic, the days of elite athletes being judged solely on the titles they win, the points they score or the medals they bring home appear numbered — if not gone for good.

The face of that movement was gymnast Simone Biles, who, like so many other Olympians, extended her training an additional 12 months, while also enduring a year more of scrutiny and pressure in the leadup to the delayed Tokyo Games.

Overwhelmed by it all, Biles stepped away in the middle of the gold-medal team competition, and in doing so, changed the conversation for the rest of the Olympics, and the rest of sports.

"We also have to focus on ourselves, because at the end of the day we’re human, too,” Biles said shortly after her withdrawal.

The words shouldn't have needed saying, but they did. Combined with similar expressions from tennis champion Naomi Osaka, they slapped an exclamation point on a long-under-the-radar discussion about athletes and mental health.

Not every change or gain or loss in the 2021 return to sports had to do with COVID-19.

Tiger Woods was in a scary one-car accident in February that could've spelled the end of his competitive playing days. His leg reconstructed after the crash, Woods, who turns 46 on New Year's Eve, conceded his days of being a week-to-week contender — or a contender at all — in top-level golf could be over.

After a jumbled year in horse racing, the calendar returned to normal in 2021, but the sport did not. Kentucky Derby winner Medina Spirit's victory was tainted by a drug scandal, then in December, the horse died during a training run — a tragic series of events that underscored the drug (and other) problems long embedded in that sport.

Elsewhere in the world of legalized sports gambling, the big-time American leagues all completely did away with the long-held charade that their games were being consumed simply for the fun of it.

As sports betting continued to grow and become legal in more states, it mushroomed into a $150 billion business, by conservative estimates. Leagues such as the NFL, which for decades pretended gambling had no place in its game, went all-in and actively embraced some of the biggest sportsbooks as big-money sponsors.

That gave fans another way to engage in the games they love, while giving the leagues a new source of revenue and a new way to capture eyeballs. All good, it seems, especially given that the leagues, at least on the surface, have set aside the old worries about game-fixing, corruption and integrity that, for decades, made them reluctant to accept full-blown wagering.

The typical security check fans encounter upon entering most arenas now includes a request for proof of vaccine and/or a negative PCR test. Masks are required in some venues. Cash transactions and paper tickets are becoming things of the past. Contactless payments are in.

All this, of course, is assuming the game is even going on. The slow trickle of positive tests and team outbreaks that lightly but consistently disrupted the sports calendar through the spring and summer turned into a more steady stream as Christmas approached and the omicron variant of the virus spread.

Practices were canceled. Games were called off. Teams and leagues tried clamping down with more stringent vaccine and testing rules.

All was being done in hopes of keeping things moving along — keeping the fans happy, the players healthy, the revenue flowing and keeping on with "business as usual." But if nothing else, what the return to sports taught us all in 2021 is that no such thing exists anymore.