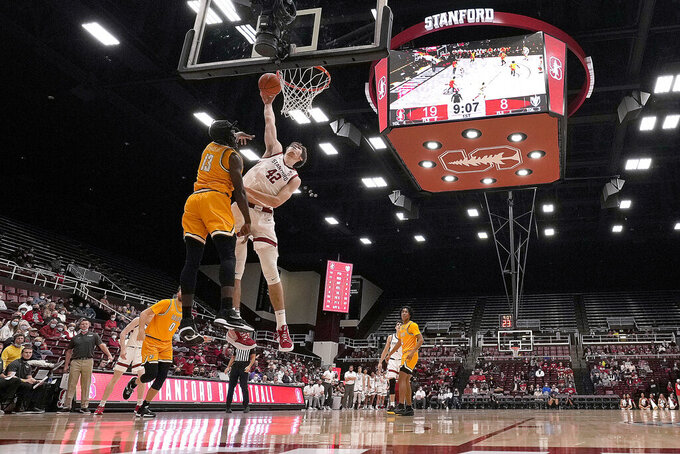 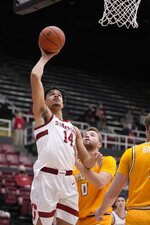 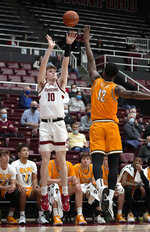 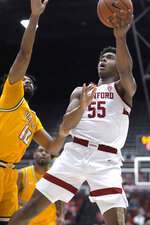 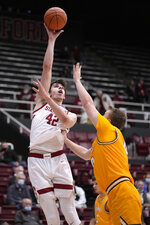 Stanford's Spencer Jones had five points and Maxime Raynaud four in an 11-1 opening to the game. Angel added a 3-pointer three minutes later and Taitz added a pair of his own for a 14-point lead with just under eight minutes left in the half. The Cardinal lead remained in double figures. Stanford (3-1) was up 39-23 at the break.

Angel added two more from the arc in a little over a minute of the second half for a 54-33 lead with under 14 minutes remaining.

Michael O'Connell scored Stanford's final points on a 3-pointer with four minutes left before the Beacons (0-3) finished the game on a 9-0 run. Stanford shot 11 of 23 from the arc.

Matt Lottich, in his sixth season as head coach of the Beacons, played at Stanford (2000-2004). This was his first time coaching against the Cardinal.