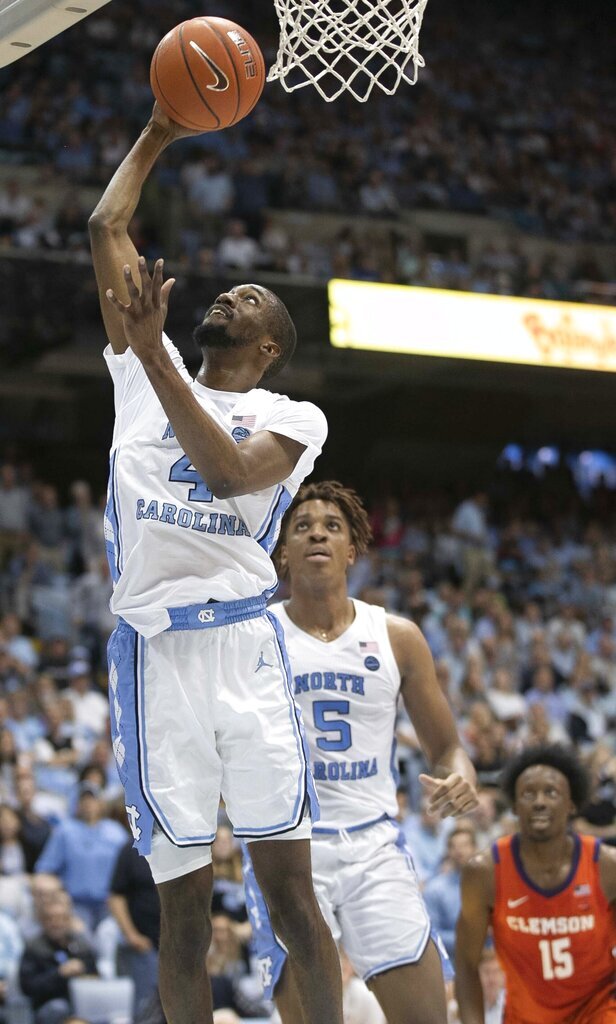 North Carolina's Brandon Robinson (4) drives to the basket in the first an NCAA college basketball game against Clemson on Saturday, Jan. 11, 2020, at the Smith Center in Chapel Hill, N.C. (Robert Willett/The News & Observer via AP)

CHAPEL HILL, N.C. (AP) — North Carolina forward Brandon Robinson was hurt in a weekend car crash and the school says the injuries are not serious.

The other motorist was charged with driving while impaired, according to Carrboro police. An incident report said the driver of the other car early Sunday, drove into the opposite lane and hit Robinson's car near an intersection.

It was not known when Robinson would be cleared to practice this week or play, the school said Monday. The struggling Tar Heels play at Pittsburgh on Saturday.

This is the latest problem for a team beset by injuries since before the season began.

Five Tar Heels, including Robinson, have been hurt at some point during the season. Robinson rolled his ankle in a preseason game and missed the next four games.

Anthony Harris and Sterling Manley are lost for the season because of knee injuries. Jeremiah Francis has a sore left knee that kept him out of his junior and senior years in high school.

Freshman guard Cole Anthony, who scored 34 points in his debut game against Notre Dame last November, has not played since early December after arthroscopic knee surgery. Anthony was expected to miss up to six weeks.