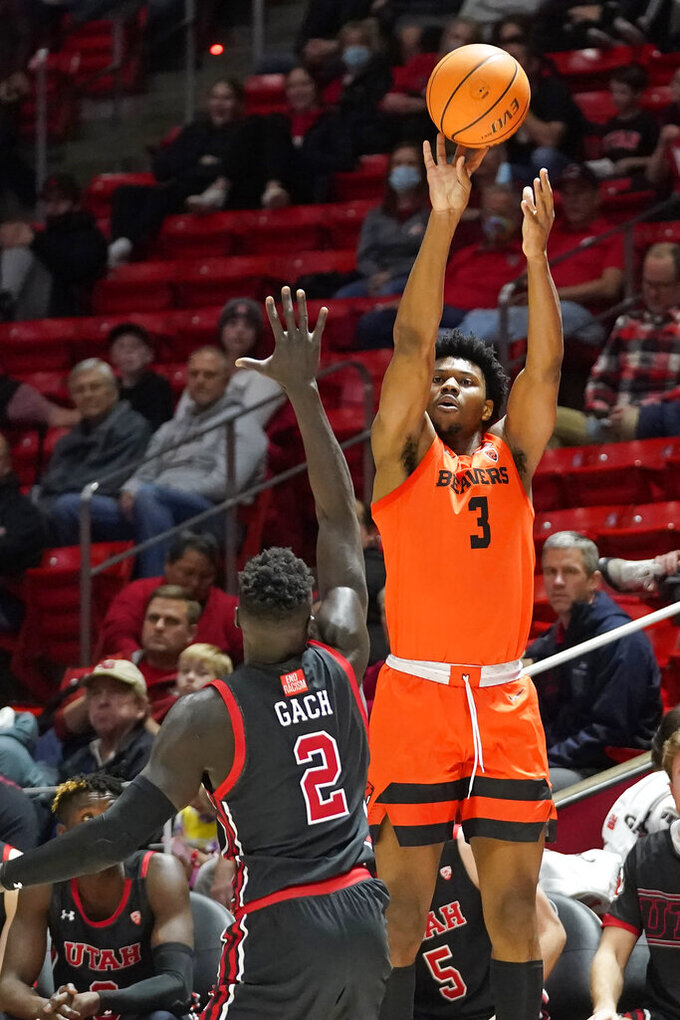 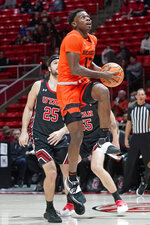 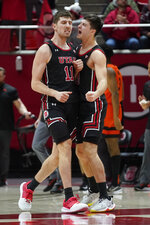 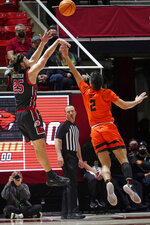 SALT LAKE CITY (AP) — Lazar Stefanovic made five 3-pointers for his 15 points and Utah ended a school-record 10-game losing streak with an 84-59 win over Oregon State on Thursday night.

David Jenkins Jr. and Rollie Worster scored 13 points each and Branden Carlson had 12 points and 10 rebounds for Utah (9-14, 2-11 Pac-12). Both Gach added 11 points with 10 assists and Marco Anthony grabbed a game-high 11 rebounds. Utah made a season-high 15-pointers.

Utah's program-record losing streak began with an 88-76 loss in Corvallis, Ore., on Dec. 30 when Lucas scored 25 points and shot 53%. The streak reached 10 in a 77-73 double-overtime loss at Washington on Saturday. Thursday's win also ended a five-game losing streak to the Beavers, who have lost six straight since beating Utah in December.

The Beavers cut a double-digit halftime deficit to eight on a couple occasions before a 17-2 run that included consecutive 3-pointers by Riley Battin extended the Utes' lead to 23 with eight minutes remaining. Oregon State didn't make another run.

Stefanovic made four of Utah's nine 3-pointers in the first half in leading the Utes to a 46-33 lead. Utah shot 53%, hit half its shots from the arc and scored 16 points off nine Beavers turnovers in the half.

Utah took the lead for good at 28-20 with an 11-0 run fueled by consecutive 3-pointers by Gabe Madsen, Gach and Jenkins. Stefanovic hit a 3-pointer to start a 7-0 run for a 15-point edge with two minutes left in the half.