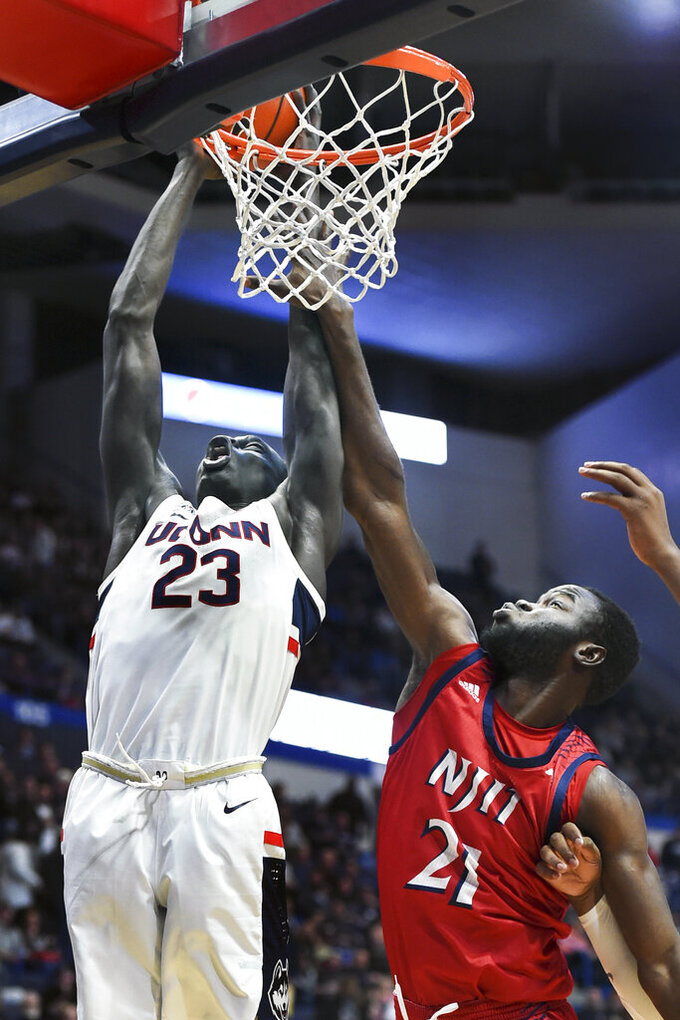 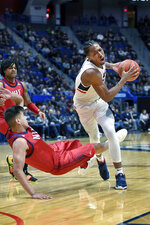 Christian Vital scored 23 points and Connecticut ended the mid-major portion of its 2019-20 schedule on Sunday with a 69-47 rout of NJIT.

Vital hit eight of his 15 shots and was 5 of 8 from 3-point range. He also had five rebounds and four assists.

Brendan Adams added 12 points for the Huskies (9-3), who have won six of their last seven heading into the New Year and American Athletic Conference play. Akok Akok chipped in with seven points, 10 rebounds and five blocked shots.

UConn never trailed against the Highlanders. Akok scored five of the Huskies first nine points and UConn jumped out to a 12-4 lead. Three straight 3-pointers, two of them from Vital, sparked a 13-0 run that gave the Huskies early control of the game at 25-10.

UConn had seven 3-pointers in the half and led 35-20 at the break. They extended that by going on an 14-3 run to open the second half.

Souleymane Diakite had a double-double for NJIT, scoring 12 points and pulling down 11 rebounds. The 6-foot-9 sophomore also blocked six shots.

“I was really proud of the way he competed and played almost the entire game too. Not a lot of breaks,” coach Brian Kennedy said. “Souleymane's a talented player.”

Zach Cooks, who came in averaging just over 23 points per game, also scored 12 points for the Highlanders, who fall to 3-10.

The Huskies outrebounded NJIT 43-32 which helped them get into their transition game. They outscored the Highlanders 19-3 on the fast break.

NJIT: Cooks has now led NJIT or tied for the lead in scoring in 12 of 13 games this season. But he wasn't a big factor in this one, scoring just four points in the first half. He hit just four of his 12 shots from the floor.

“This team is really good defensively," Vital said. “We have a lot of guys who understand where to be. This team is a unit, I think we play like that.”

Hurley joked that his resolutions for the New Year include drinking less coffee, going to bed earlier, and cursing less. But in all seriousness, he believes the Huskies are resolved to have a better 2020 than 2019.

“We're a better team than we were last year,” he said. “Obviously we've got some exciting young players and we're potentially very good defensively. Offensively, we've still got some real work to do.”

“Win and make the tournament," he said.

NJIT: The Highlanders are off until Jan. 4 when they host Liberty.

UConn: The Huskies open conference play in their last year as a member of the American Athletic Conference with a trip to Cincinnati on New Year's Day. It will be UConn's first true road game this season.