Is This The Year? Clemson seeks first win at North Carolina 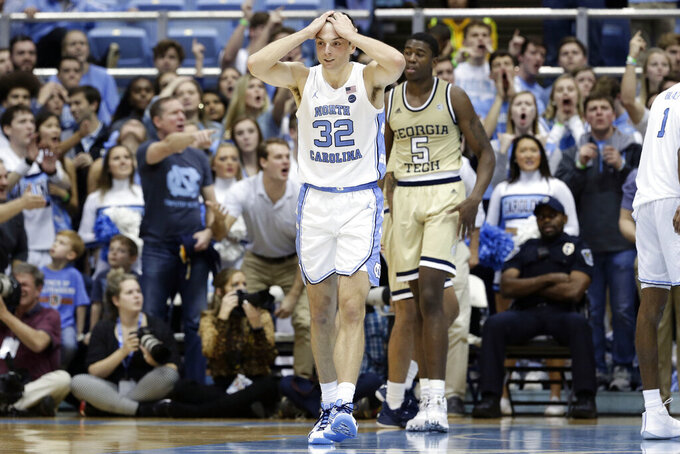 Clemson at North Carolina on Saturday. No, neither team is ranked, but the game is the latest chance for the Tigers (7-7, 1-3) to end perhaps the most frustrating streak in college basketball and avoid falling to O-60 all-time at Chapel Hill. It could be Clemson's best chance at winning at North Carolina (11-7, 1-3) with the Tar Heels having gone 3-7 after an 5-0 start, including two straight losses at home to Georgia Tech and Pitt. The banged up Tar Heels have also been hurt by injuries to Cole Anthony (knee) and Anthony Harris (torn ACL, out for the season). Still, Clemson has won just twice against Power Five competition this season. Clemson's run of futility began in 1926 and has continued ever since, the last time up there being an 87-79 defeat in January 2018. The Tigers picked up a confidence boosting win last time out, holding off North Carolina State last Saturday.

It's no surprise that No. 18 Virginia leads the ACC in scoring defense, allowing just 46 points a game this season. The defending national champions, who gave up 60 points in an upset loss to Boston College on Tuesday, will continued to be be tested in their next two games against two of the league's highest scoring teams in Syracuse and No. 10 Florida State. The Orange are averaging 74 points a game and the Seminoles are averaging 76. Virginia has given up just 34 points to Notre Dame, 47 to North Carolina and 39 to Virginia Tech in starting league play 3-0 before falling to the Eagles.

Syracuse's Elijah Hughes is making a case for one of the best all-around players in the ACC. The transfer from East Carolina in his second season with the Orange is second in the league in scoring at 19.7 points a game and ranks among the top 10 in assists and in field goals, free throw and three-point shooting. He had 19 points, nine boards and nine assists in a win over Niagara last month. He followed that performance with 19 points, five rebounds and five assists in a loss to Notre Dame last week.

North Carolina's offense has struggled this season. The Tar Heels are averaging 70.3 points, almost 15 points fewer than the 85.5 points a game they went for in going 29-7, tying for the ACC regular-season title and reaching the round of 16 in the NCAA Tournament. Losing its top three scorers from last year in seniors Cameron Johnson and Luke Maye and freshman star Coby White has hurt. The trio combined to average nearly 48 points a game a season ago.

The ACC has three teams in the top 11 of the AP Top 25: No. 7 Louisville, No. 9 North Carolina State and No. 11 Florida State, which dropped from No. 8 after its first loss of the season to Syracuse. Miami dropped out of the rankings with a losr s to Georgia Tech that might've seen the Yellow Jackets and first-year coach Nell Fortner jump into the Top 25. But Georgia Tech fell to Wake Forest this past Sunday.