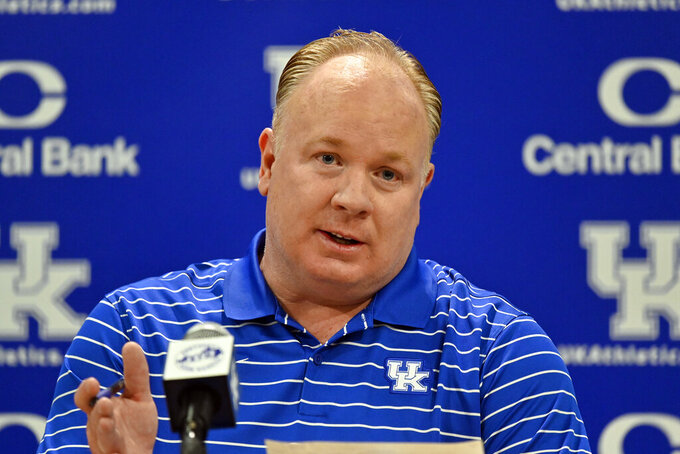 John Calipari's push for upgraded practice facilities for his Kentucky basketball team drew a sharp jab from Wildcats football coach Mark Stoops on Twitter after the Hall of Fame coach referred to the university as a “basketball school” in an interview.

Before the Wildcats’ second of four exhibition games in the Bahamas, Calipari noted recently approved upgrades for other programs at the school, The Athletic reported. In stating his desire for similar improvements for his highly successful program, he said, “This is a basketball school. It’s always been that. Alabama is a football school. So is Georgia. I mean, they are. No disrespect to our football team. I hope they win 10 games and go to bowls ... But this is a basketball school. And so we need to keep moving in that direction and keep doing what we’re doing.”

Stoops responded to the remarks on Twitter and said, “Basketball school? I thought we competed in the SEC?” He ended the post with the hashtag “#4straightpostseasonwins,” referencing the Wildcats’ recent success.

Calipari guided Kentucky to its eighth NCAA championship in 2012, but hasn’t reached the Final Four since 2015. The Wildcats were bounced by No. 15 seed Saint Peter’s in its NCAA Tournament opener last spring. Kentucky football is coming off its second 10-win season in four years under Stoops and has earned the four wins among six consecutive postseason appearances.