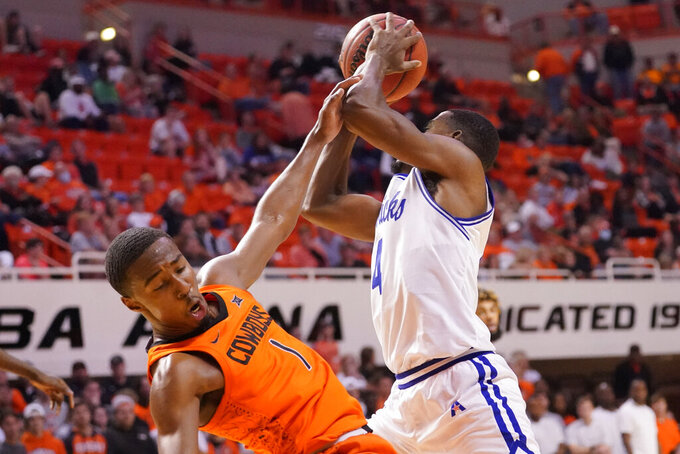 STILLWATER, Okla. (AP) — Moussa Cisse scored 17 points and grabbed nine rebounds, Avery Anderson III scored all 13 of his in the first half and Oklahoma State took off to an early lead and beat UT Arlington 88-45 in a season opener Tuesday night.

Cisse, a 7-footer who was the American Athletic Conference Freshman of the Year last season with Memphis, made 7 of 8 shots as the Cowboys outscored the Mavericks 44-28 in the paint and 20-8 on second-chance points.

Cisse gave Oklahoma State its first points with a bucket that began at 16-3 run with Anderson and Boone each making a pair of 3-pointers. Anderson hit another 3 to start a 17-1 run and lead was 31 with just under five minutes left in the half.

Cisse scored the Cowboys' first seven points of the second half during a 12-2 run that made it 57-16. The lead reached 47 late in the game.

The Cowboys' victory comes only days after the NCAA upheld a one-year postseason ban and other penalties against the Oklahoma State program related to findings that former assistant coach Lamont Evans accepted up to $22,000 in bribes so he could to help steer athletes to certain financial advisers. Oklahoma State was eligible for the postseason last season while appealing and reached the second round of the NCAA Tournament with eventual No. 1 overall NBA pick Cade Cunningham leading the way.