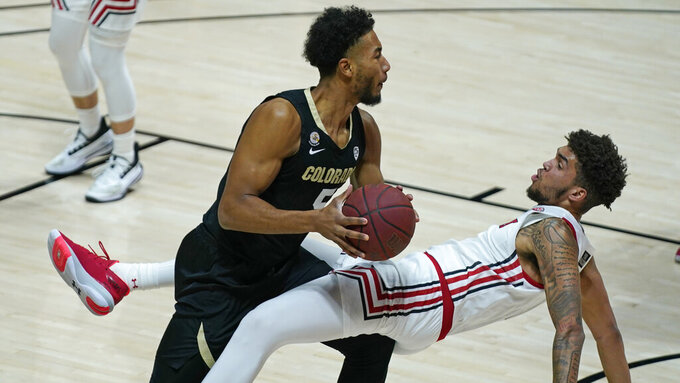 Schwartz made a free-throw line jumper with 55.2 seconds left for a 59-54 lead, and Colorado made six straight free throws in the final 33 seconds to seal it. The Buffaloes, who entered leading the nation in free-throw percentage (85.6%), finished 18 of 24 at the stripe.

Utah led 37-27 at halftime but didn't make its first field goal of the second half until the 14:11 mark. Colorado scored 15 straight points during the drought for a 42-37 advantage.

Colorado is scheduled to host California on Wednesday in its second three-game conference week this season. Utah ends a four-game homestand on Thursday against Stanford.