Da Silva, Stanford pull away from Cougars for 75-60 win 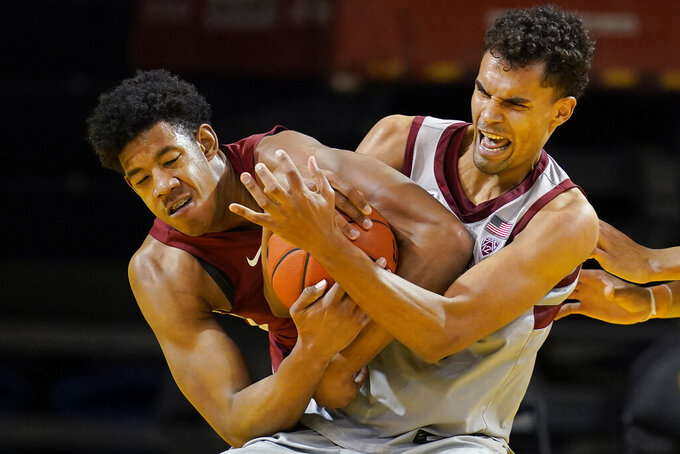 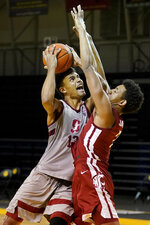 SANTA CRUZ, Calif. (AP) — Oscar da Silva scored 17 of his 27 points in the second half and Stanford pulled away for a 75-60 win over Washington State on Saturday.

The game was tied with six minutes to go on Andrej Jakimovski's career-best fifth 3-pointer for WSU but Da Silva scored 10 of Stanford's final 17 points while the Cougars missed their final six shots and turned the ball over three times.

Da Silva, the Pac-12's leading scorer, was 10-of-18 shooting and grabbed 13 rebounds for his third straight double-double. Ziaire Williams added 16 points and Jaiden Delaire 10. Stanford was only 3 of 17 from beyond the arc but outscored the Cougars 42-14 in the paint.

Jakimovski scored a career-high 19 points and Isaaac Bonton had 18 points with seven assists for the Cougars, who shot 46% from the arc (11 of 24) but committed a season-high 17 turnovers. The Cougars' third-leading scorer (and their perimeter stopper on defense), Noah Williams, sat out the second half after taking a hard fall on a layup attempt he was fouled on.

The game was played at the Golden State Warrior's G-League facility after game moved off Stanford campus due to county COVID-10 restrictions.