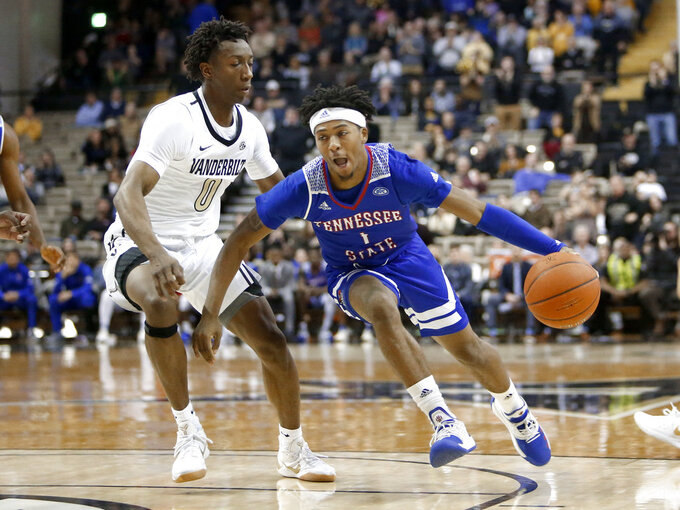 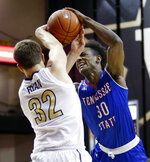 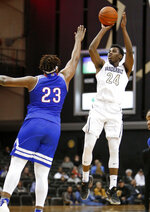 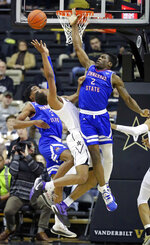 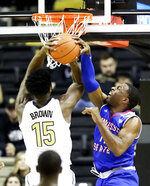 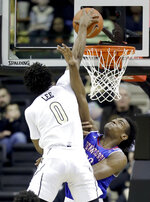 The Vanderbilt sophomore scored a season-high 23 points, Joe Toye tied a career high with 18 and the Commodores beat Tennessee State 95-76 on Saturday.

Lee moved from shooting guard to point after freshman Darius Garland suffered a season-ending knee injury in the fifth game against Kent State. Garland is projected as a lottery pick in the NBA Draft.

"I guess just knowing when to attack, when to pass, get your teammates involved, just pace — I mean, there's a lot of things that go into running the team," said the soft-spoken Lee.

He shared point-guard duties with Riley LaChance as a freshman last season. LaChance is playing professionally in Poland now.

"We got in transition a lot today, we had spurts of good defense and the lanes were just open today," Lee said.

Lee — the son of former NFL running back Amp Lee — threw down a one-handed dunk over a TSU defender in the middle of the lane to energize the Commodores midway through a 16-1 run in the first half.

"Saben ignited our team and the crowd with his dunk and that gave us a lot of energy for the rest of the game," Commodores coach Bryce Drew said. "He's really trying to balance the scoring and the passing, and he's getting better at it. Today he had a lot of scoring opportunities with them pressuring out, extending on the floor and he did a really good job getting to the rim."

Toye, Vanderbilt's only senior, hit four 3-pointers for the Commodores (8-3) in front of a crowd of 9,505 at Memorial Gym.

Matthew Moyer, a 6-foot-8 Syracuse transfer, had 10 points for Vanderbilt as five Commodores scored in double figures, including Maxwell Evans with 10.

In rebounding from last week's loss to Kansas State in Kansas City, Vanderbilt shot 50 percent from the floor, a vast improvement from the 32-percent mark against the Jayhawks.

"Vanderbilt is a very good team and I'm glad they're not in the OVC," Collins said. "We couldn't top fouling and that's been a problem of ours all year long. In the second half, we just didn't get a stop."

Vanderbilt outscored TSU 28-18 at the foul line and broke the 90-point mark for the third time this season.

"I feel like (Lee) got downhill and he got in the teeth of our defense, and made guys rotate," Chaney said. "He did a great job tonight."

Tennessee State: The Tigers fell to 1-7 on the road after getting outscored 55-41 in the second half.

Vanderbilt: Lee sparked the Commodores, who improved to 10-0 against the Tigers.

Vanderbilt used a 14-2 run to extend its lead to 66-47 midway through the second half.

The Commodores made 6 of 8 field goals during the run while TSU struggled through a 1-for-12 drought.