No. 9 Tennessee rolls over Mississippi State 72-59 in SEC 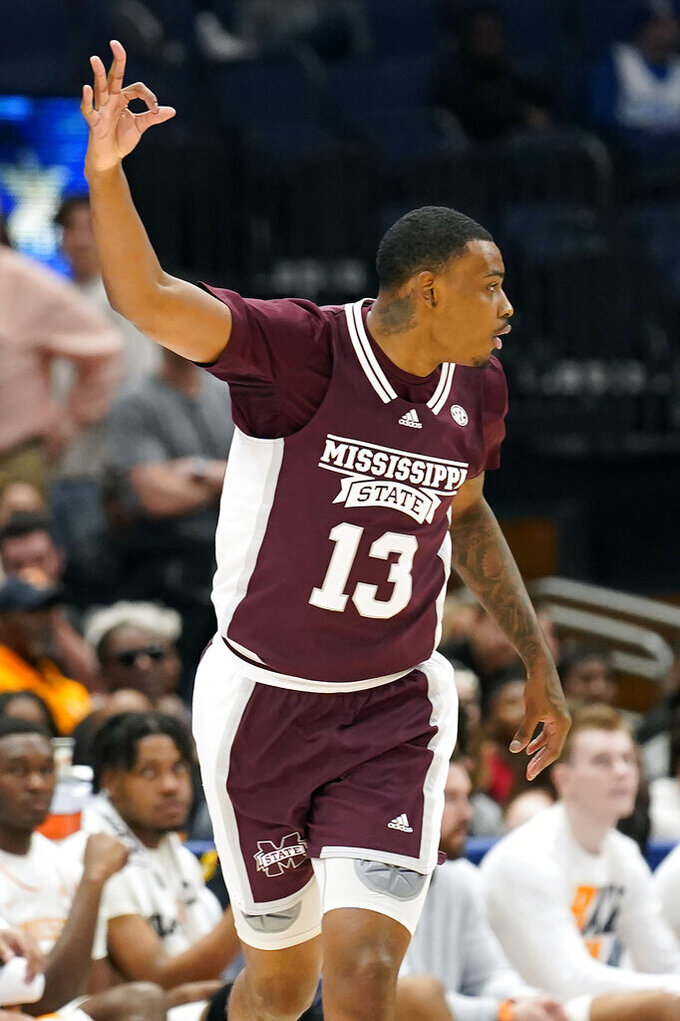 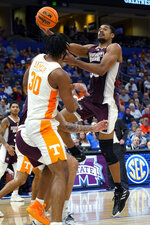 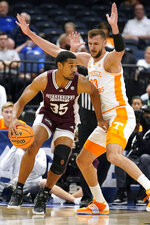 TAMPA, Fla. (AP) — Tennessee feels it has everything it takes to be successful in the NCAA Tournament.

That includes unselfish players, balanced scoring and a deep bench.

Josiah-Jordan James led five players in double figures with 16 points, 14 of them during a second-half stretch in which the ninth-ranked Volunteers pulled away to a 72-59 victory over Mississippi State in the quarterfinals of the Southeastern Conference Tournament on Friday night.

“We're at our best when we have that balance,” Tennessee coach Rick Barnes said. “But also I think our guys have learned when a guy has it going, to get it to him.”

The second-seeded Volunteers (24-7) won for the 10th time in 11 games to advance to Saturday’s semifinals against No. 5 Kentucky, a 77-71 winner over Vanderbilt in the final quarterfinal of the night at Amalie Arena.

Kennedy Chandler had 11 points for Tennessee despite missing time in the first and second half after suffering what appeared to be a right foot or ankle injury. He finished the game, though, making a layup for the final margin of victory.

“He didn't say it was his ankle. He said, 'I got kicked.' That happens when you're in a flurry ... underneath the basket," Barnes said.

James and Chandler were joined in double figures by Zakai Zeigler (11), Brandon Huntley-Hatfield (10) and Santiago Vescovi (10) for the Vols, who led 39-37 at halftime. Zakai and Chandler combined for 14 assists with just one turnover.

“Our mentality throughout the year is always next man up because you never know what's going to happen,” James said. “We're thankful Kennedy is doing well and that he is ok, but we had faith in whoever was going to come in.”

Shakeel Moore led Mississippi State (18-15) with 15 points. Tolu Smith had 14 and Iverson Molina, the SEC’s third-leading scorer, finished with 10 points — but only one in the second half when he was 0-for-6 shooting.

The 10th-seeded Bulldogs advanced to the quarterfinals with a 73-51 tournament-opening victory over South Carolina. They lost to Tennessee at home by 19 in early February and kept Friday’s game close until James led a surge that helped the Vols open a double-digit lead early in the second half.

“I thought that we got tired. ... In the second half you could see that some of the guys playing a lot of minutes were really getting worn because when you play back-to-back nights it’s just hard,” Mississippi State coach Ben Howland said. "When you’re playing against a team — one of the top 10 teams in the country and is fresh, didn’t play yesterday — that’s the advantage of the double bye.”

James made his first five shots after halftime, four of them of 3-pointers. By the time Chandler returned to the bench after receiving attention for his injury a second time, Tennessee was up 13 and in complete control without the freshman guard.

Vescovi’s 3-pointer hiked Tennessee’s lead to 68-54 and the closest Mississippi State got over the final five minutes was 11.

“Credit Tennessee, I think they have a very good team,” Howland said. "I would not be surprised if they go deep into this NCAA Tournament.”

Mississippi State: The Bulldogs missed 11 of 17 3-pointers and led only once — scoring the first basket of the game.

“When we’re moving the ball and we have player movement, ball movement, that’s when we play our best basketball," Barnes said.

Tennessee: Faces Kentucky in the semifinals. The teams split a pair of regular season meetings, with each winning at home.