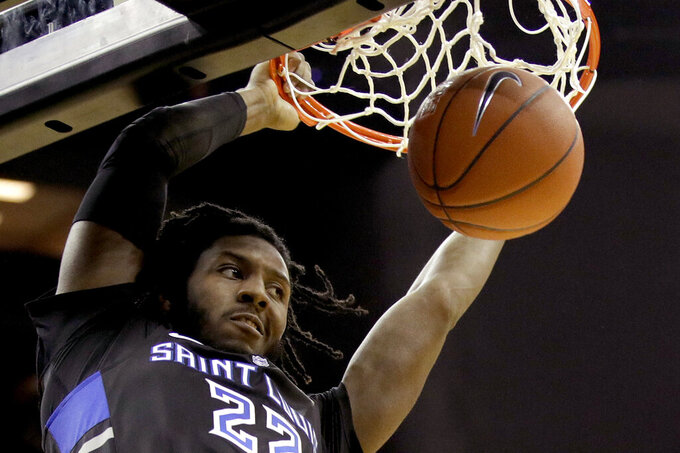 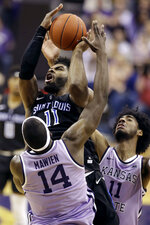 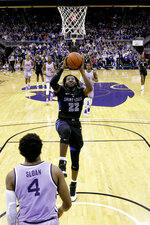 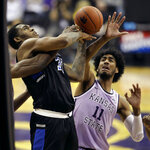 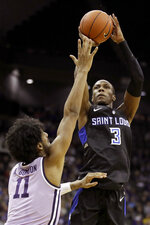 Saint Louis coach Travis Ford described his team's 66-63 win over Kansas State on Saturday night as the best win of the season.

“What a great win in a tough environment,” Ford said. “We told our guys that they’d be physical and both teams played so hard.”

Javonte Perkins scored 12 points, Yuri Collins had 11 and Terrence Hargrove added 10 as the Billikens won their sixth in their last seven games.

Levi Stockard scored a career-high 17 points for the Wildcats and Sneed had 11. Both players had some added motivation as they’re both from the Saint Louis area.

“I am not going to let Levi just fly through his career,” Kansas State coach Bruce Weber said. “He rose to the test and it was a big game for him and Xavier.”

The Billikens (10-2) lost one of their top scorers in Gibson Jimerson who broke his foot during practice on Monday and is out for the season. He was averaging 11 points per game and scored 25 points in a game earlier this season.

The game was back and forth during a second half in which neither team had more than a four-point lead.

“I’m proud of our team,” Ford said. “This game was played how I thought it’d be played and it was such a battle.”

Kansas State committed 18 turnovers, three in the final two minutes, and the Billikens had 15.

“It’s hard to be the number one guy,” Weber said. “He’s had some tough days before, but we had other guys to put in.”

Saint Louis led by as many as 11 in the first half, but the game was tied at 31 at the half.

After a technical foul on the Saint Louis bench with five minutes to play, Kansas State's Mike McGuirl hit two free throws to lead 57-56. It was the Wildcats' last lead.

Saint Louis: The Billikens got their second road win against a Power Five team this season (Boston College was the other). They have one more non-conference game before A-10 play begins.

Kansas State: The Wildcats lack a go-to guy in clutch moments. A few turnovers in the closing minutes proved costly. It was the second time this season that K-State has lost back-to-back games. “I joke with you guys but it’s Groundhog Day for us,” Weber said.

Kansas State freshman Montavious Murphy returned for his first game after being out for more than a month with an injury.

“He was fine, but he missed a lot of games,” Weber said. “We needed him back.”

Saint Louis returns home to take on Bethune-Cookman on Dec. 29.