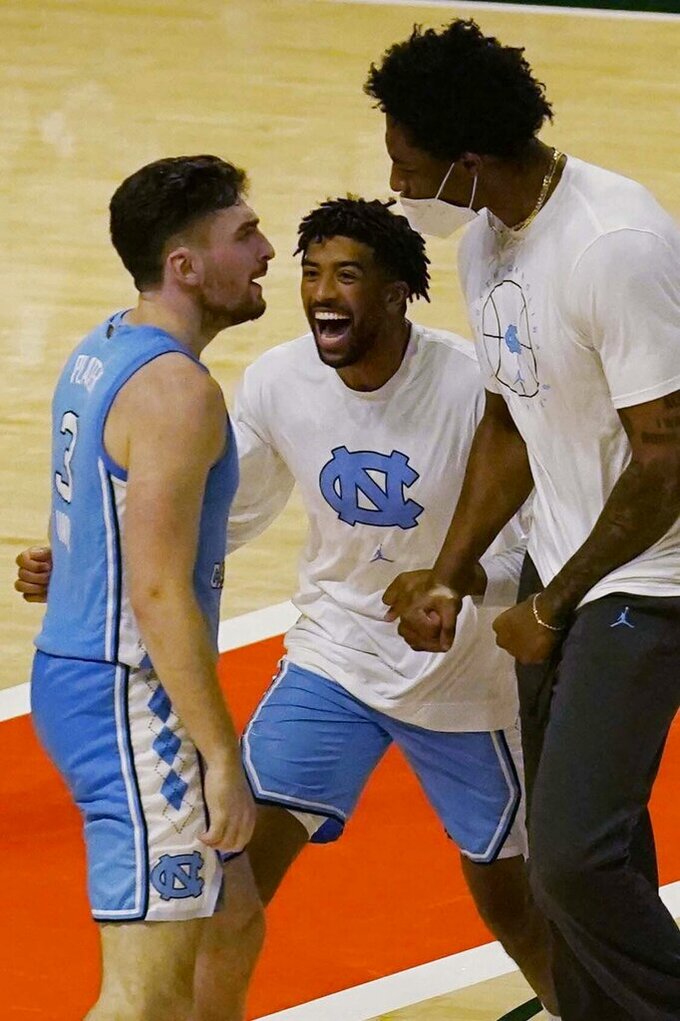 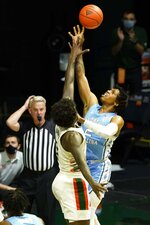 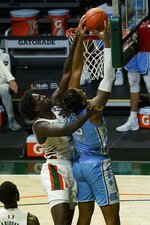 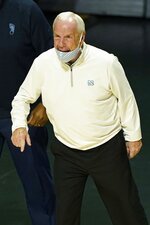 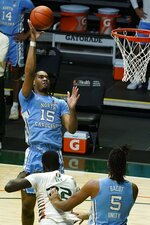 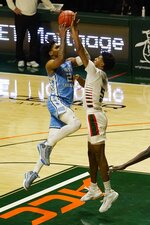 Off the inbounds following Platek's basket, Miami's Harlond Beverly launched an approximately three-quarter court shot that bounced off the left side of the rim to end it.

Platek's shot followed a high-arcing, fadeaway jumper by Isaiah Wong which tied the game at 65-all for Miami. Opting not to call timeout, Platek took a pass, drove the right baseline and got his shot over two outstretched defenders.

Miami: Travels to Raleigh, North Carolina to play the Wolfpack on Saturday.