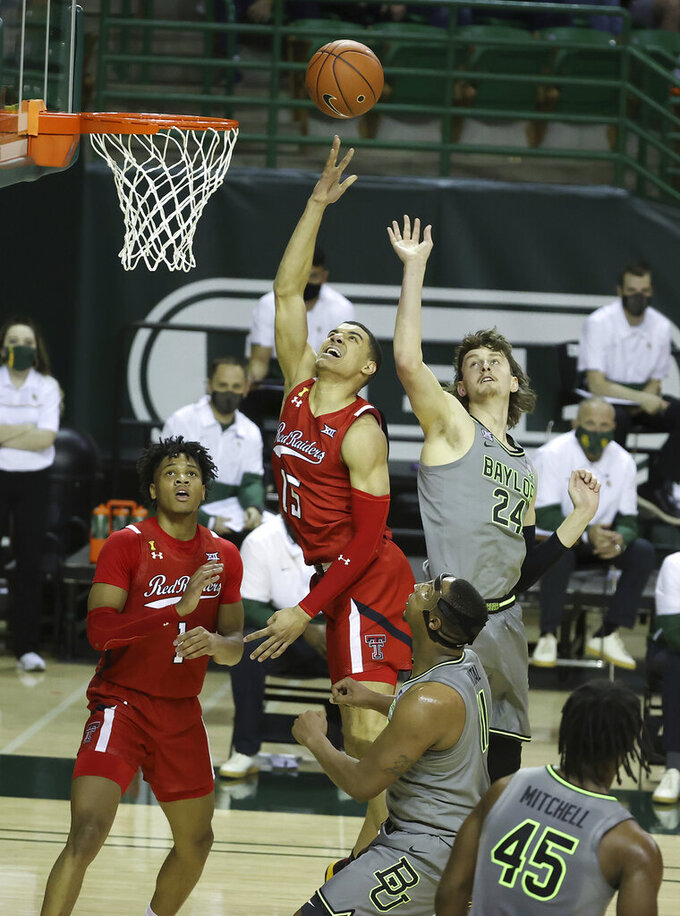 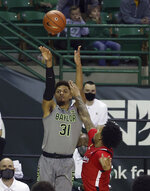 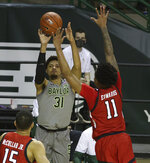 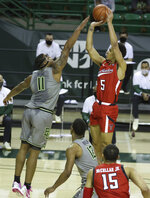 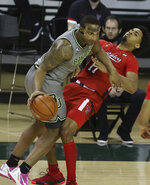 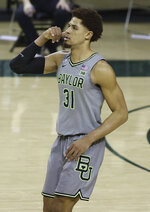 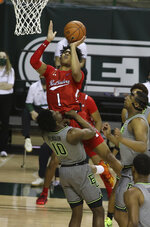 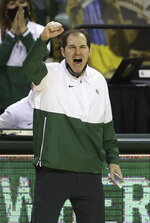 WACO, Texas (AP) — MaCio Teague and Mark Vital had quite a senior day in a perfect ending at home for Big 12 regular season champion Baylor.

Teague scored 35 points while matching a school record with 10 made 3-pointers, one after an incredible save by Vital during a key run, and the No. 3 Bears finished undefeated at home for the first time in 73 years with an 88-73 win over No. 18 Texas Tech in the regular-season finale Sunday.

“Senior nights are always nervous times for coaches, because you know it’s the last time your seniors are going to be the court and it’s their last memories, and you want to make it a great one,” Baylor coach Scott Drew said. “If you wanted to draw it up, you couldn’t draw it up any better."

Baylor had already clinched its first Big 12 title with a win at No. 6 West Virginia on Tuesday night, and won at home over No. 17 Oklahoma State on Thursday. But the Bears (21-1, 13-1 Big 12) waited until after the home finale to cut down the nets.

While never trailing, the Bears didn't take control for good until a 16-3 run in the second half when Teague scored 12 of those points. That spurt included the play when Vital, who finished with 10 points and 15 rebounds, leaped in the air near the Baylor bench for a loose ball. He then got it to Teague, who took a quick step behind the line in the right corner and buried the shot.

“That might have been my favorite play of the game,” Teague said.

Jared Butler scored 18 points and Davion Mitchell 17 as Baylor finished 11-0 in the Ferrell Center, the first time going undefeated at home since going 9-0 in 1947-48.

Kyler Edwards had 18 points for Texas Tech (17-9, 9-8), which was coming off three consecutive wins at home. Kevin McCullar and Terrence Shannon Jr. both had 11.

Vital and Teague got the Bears out to a 10-0 lead in the first three minutes. Vital , part of a school-record 45 Big 12 wins in his career, opened the scoring with a jumper and had another after Teague hit a pair of 3-pointers on the way to finishing 10-of-12 from long range.

“I tried to put everything left in the tank into that,” Vital said about his final home game.

“Even if we would have done a better job guarding the 3-point line, I think that we were going to have to have some really crazy success in other areas of the game to overcome that shooting that they put out there today," Tech coach Chris Beard said.

After being down 16-3 only 6 1/2 minutes into the game, the Red Raiders tied the game at 25-all after consecutive 3-pointers. The tying shot by Shannon was a straight-up shot that banked off off the glass and through the rim with 3:57 left in the half.

The game was also tied at 32 before Butler made a full spin on his drive through traffic for a layup in the closing seconds for a halftime lead.

Texas Tech: It was the most lopsided loss of the season for the Red Raiders, who had a pair of 11-point losses (to Top 25 teams Houston and West Virginia). They entered the game as the Big 12's best scoring defense, allowing only 62.3 points per game.

“We didn’t come to Waco to prove to ourselves we could play with these teams. We know we can,” Beard said. “The last time there was an NCAA Tournament game, it was a national championship, and we were playing in that game.”

Baylor: The Bears are 47-5 overall in the two seasons since Teague and Mitchell, both former transfers, became eligible to play for them. Baylor is 7-1 against Top 25 teams this season, and 13-2 the past two seasons.

Baylor on Monday could reclaim the No. 2 spot it had held all season until last week, or could be stuck at third. Michigan moved up to No. 2 last week and promptly lost 76-53 to No. 4 Illinois, which followed that with a win over No. 7 Ohio State on Saturday. But Baylor did beat the Illini 82-68 back on Dec. 2.

Texas Tech will play a quarterfinal game in the Big 12 tournament Thursday.

Baylor plays its quarterfinal game in the Big 12 tournament Thursday, against the winner of Wednesday' night's game between TCU and Kansas State.