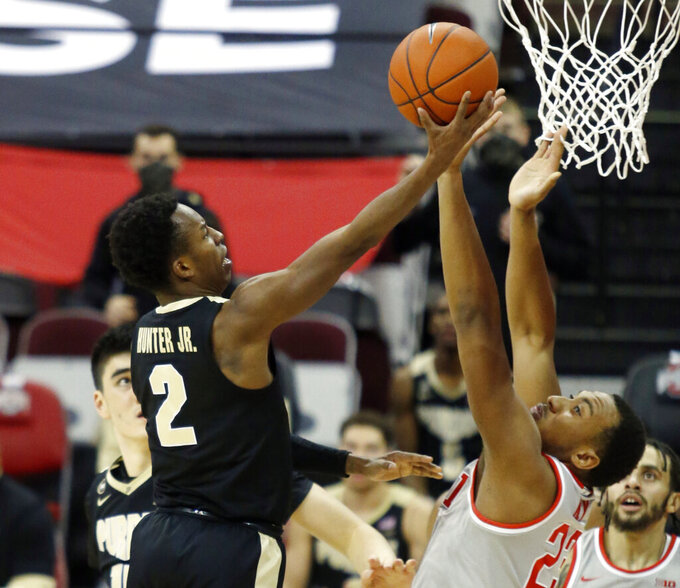 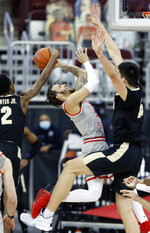 COLUMBUS, Ohio (AP) — With the clock ticking down to the single digits, the score tied and the ball in his hands, Jaden Ivey had no doubt what would happen next.

Ivey's step-back 3-pointer from the top of the key with 5 seconds left was true, completing Purdue's rally for a 67-65 victory over No. 15 Ohio State on Tuesday night.

“He’s not made that shot for us this year, but he’s made it in practice,” coach Matt Painter said. “That wasn’t something that was new to us. It’s new to our opponents.”

Ivey finished with 15 points, eight of them in the final 3 1/2 minutes as the Boilermakers rallied from a six-point deficit. Purdue led for less than three minutes overall.

“When you get that point, you have to try and be aggressive,” Painter said. “You have to go to the basket.”

Trevion Williams scored 16 points for the surging Boilermakers (11-5, 6-3 Big Ten), who have won four straight, three of them on the road. Sasha Stefanovic also had 15 points.

“We were capable enough out there, and there are absolutely no excuses. We just have to coach better and play better in certain areas.”

After Ivey's go-ahead 3-pointer, Purdue fouled Washington to prevent the Buckeyes from attempting the tying 3. Washington made the first free throw, missed the second and Aaron Wheeler secured the rebound for the Boilermakers.

Purdue dominated inside, outscoring Ohio State 36-8 in the paint and holding a 38-30 rebounding advantage. The Buckeyes went 6 for 18 on 2-point attempts.

Purdue hosts No. 7 Michigan on Friday.