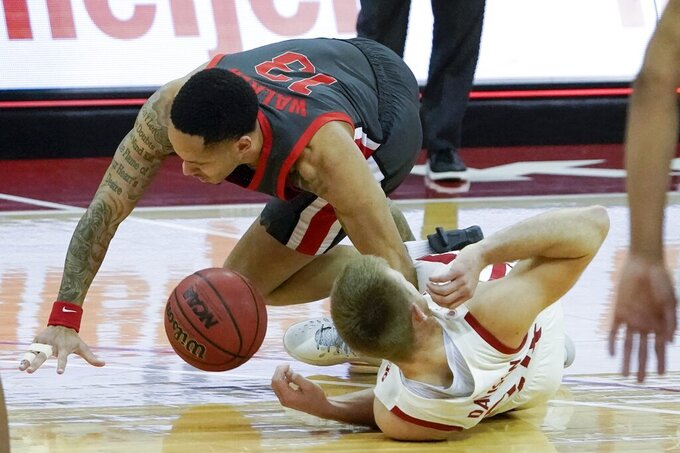 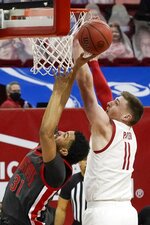 MADISON, Wis. (AP) — Ohio State is capitalizing on the lack of fans at Big Ten games this season to take down one ranked opponent after another on the road.

E.J. Liddell scored 20 points and the 15th-ranked Buckeyes never trailed in a 74-62 victory over No. 10 Wisconsin on Saturday. Ohio State has beaten Top 15 teams in each of its last three road games.

“I just feel like when we go on the road, we have a different mindset,” said Liddell, who also had seven rebounds. “We've got to stay connected throughout the whole time because they're going to have their runs. It's their place. They're used to it. They practice here every day. We just have to stay connected.”

Ohio State coach Chris Holtmann acknowledges that road atmospheres aren't quite the same this season with the pandemic causing games to take place in empty arenas. But he still didn't want to diminish the magnitude of beating a Top 10 team anywhere.

“It's a great win regardless because of the competition,” Holtmann said. “I totally get it. It's very much different. I think every environment is a neutral environment. That's just the reality."

Ohio State also got a lift from a change in gear, as they played in their new dark gray alternate uniforms for the first time.

“We all felt it when we put the jerseys on, we all felt these superpowers,” joked Ohio State's Seth Towns, who scored 10 points.

Aleem Ford scored 13 points to lead Wisconsin, which also got 12 from D'Mitrik Trice and 11 each from Micah Potter and Nate Reuvers.

Ohio State took control of this game early and built a 13-point lead early in the second half.

“They hit some tough shots early, but we also gave them some easier ones,' Wisconsin coach Greg Gard said. ”That gave them the confidence, and they played off that pretty much the whole game.”

Wisconsin cut Ohio State's lead to 62-58 with 4:48 left when Aleem Ford made three straight 3-pointers in a span of less than two minutes. Wisconsin had gone just 4 of 21 from 3-point range until Ford's flurry.

Ford finally cooled off and missed a 3-point attempt that would have reduced the margin to one with 4:02 remaining. Ohio State’s Duane Washington Jr. hit a pair of free throws 22 seconds later to start a 6-0 run that essentially put the game out of reach.

Ohio State: The Buckeyes got a boost from the return of CJ Walker, who had missed four games with an injured right hand. Walker had eight points and three assists in 24 minutes off the bench. Ohio State also showed it could win even without getting huge production from Washington, who scored nine points but shot just 1 of 9. Washington entered the day with a team-high 15.7 points per game.

Wisconsin: The Badgers entered the day leading the Big Ten in scoring defense (61.4) and ranked second in the league in field-goal percentage defense (.398), but they couldn't stop Ohio State at critical times. The Buckeyes made seven of their first nine shots in the second half to build a double-digit edge. Ohio State shot 50.9% from the floor.

“If we're going to win these games, we've got to lock them up defensively,” Reuvers said. “They just got too comfortable. That's kind of how they got rolling.”

Ohio State's ability to bounce back from a 67-65 home loss to Purdue should assure that the Buckeyes stay in the top 20. Wisconsin figures to fall out of the top 10.

Wisconsin: At Maryland on Wednesday night.