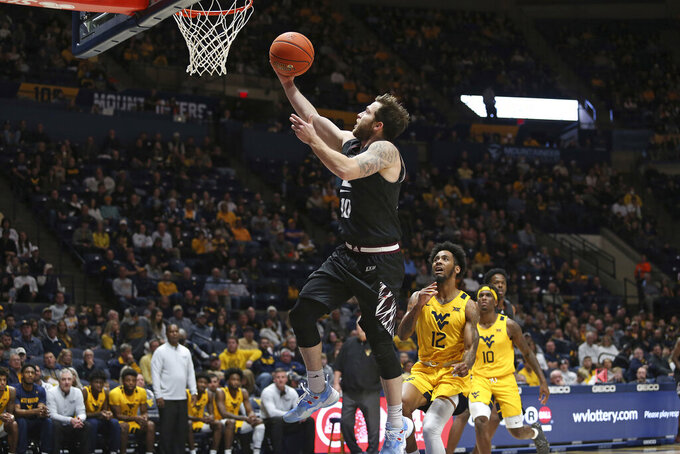 Malik Curry scored 10 of his 16 points over the final seven minutes for the Mountaineers (5-1).

West Virginia trailed by as many as 12 points in the first half but clawed back with scrappy defense and solid shooting after halftime. The Mountaineers grabbed 19 offensive rebounds and forced 17 turnovers.

Eastern Kentucky’s Devontae Blanton missed a potential tying 3-pointer with a minute left. Curry responded with a driving layup and Sherman sank a free throw for a two-possession lead. The Colonels’ Russhard Cruickshank hit a 3-pointer at the final buzzer.

Eastern Kentucky made four 3-pointers in the first four minutes of the game and jumped ahead 12-2. West Virginia clawed back with a 13-3 run to briefly take a 36-35 lead, but the Colonels shot 57% from the floor in the first half and led 41-38 at halftime.

West Virginia's Sean McNeil, who scored 15 points in a win over Clemson on Sunday, was held to five points on 2-of-11 shooting.