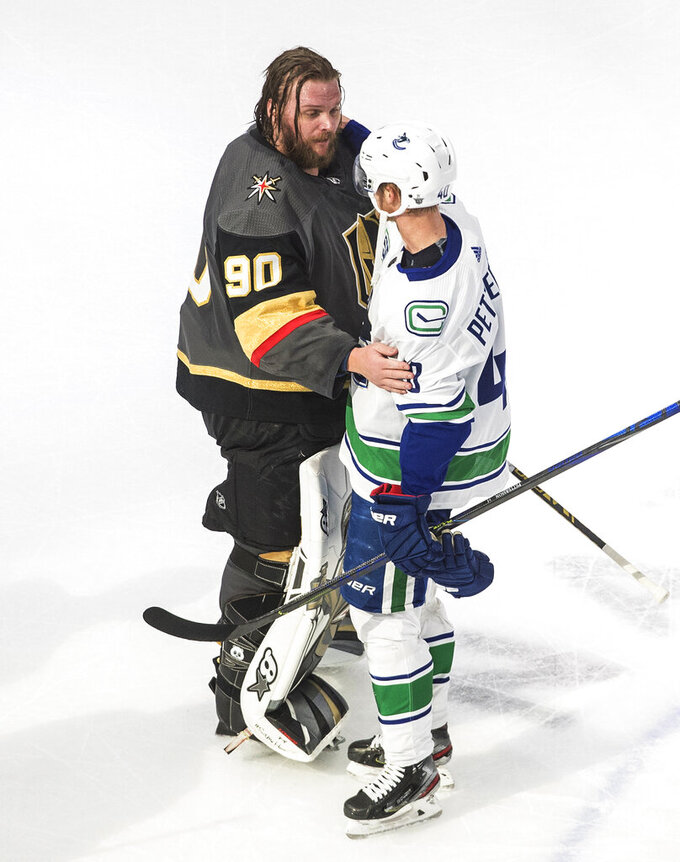 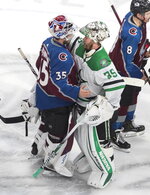 EDMONTON, Alberta (AP) — When the Tampa Bay Lightning checked into the JW Marriott across the street from Rogers Place, coach Jon Cooper ran into half of the Vegas Golden Knights and rode the elevator with some Dallas Stars players.

It does this year. Welcome to the NHL's first “Final Four.”

Because of the unique circumstances of the Stanley Cup playoffs amid the coronavirus pandemic, the Eastern and Western Conference finals are taking place in the same city, giving it a feel like college basketball's signature event, even though games are being played in an empty arena. The end goal of winning a title is the same, but the Lightning, Golden Knights, Stars and New York Islanders will always be able to say they made hockey's 2020 final four.

The Islanders and Lightning spent six weeks in the Toronto bubble. They didn't cut down the nets in Toronto after advancing but did take a few moments to cherish the accomplishment of moving on.

“When we started this, we said let’s play one series at a time and let’s see if we can get to Edmonton,” Islanders coach Barry Trotz said. “You have to celebrate the moments because those moments don't come by very much. And I don't mean go crazy or anything. I think you recognize and understand you took another step.”

Unlike the NCAA Final Four or Frozen Four that's decided in three days, the NHL's version will play out over the next two weeks starting with Game 1 of the West final Sunday night between Dallas and Vegas. There's one game a day — so no need to worry about an overtime marathon disrupting the schedule — and plenty of opportunities for in-person cross-conference scouting unlike ever before.

“It’s nice to see it live when you can,” Stars coach Rick Bowness said.

Because of the limited space inside the Edmonton bubble, players and coaches can't help but see each other off the ice. Tampa Bay defenseman Ryan McDonagh, who played in the 2010 NCAA Frozen Four while at Wisconsin, said everyone has gotten used to that after more than a month in quarantine together, but it's still not the norm from a typical playoffs.

"It’s way different," Cooper said. “Usually at any point in the playoffs, you have zero contact with the other team except when you're on the ice and otherwise you don't ever seem them. And the second time you see them is during the handshake line.”

All four teams left have gone through at least two handshake lines this summer to get to this point, and the Islanders three because they had to win the qualifying round to reach the round of 16. With Trotz the only coach left who has led a team to the Stanley Cup, New York is trying to quickly move past the organization reaching the East final for the first time since 1993 and realize it's only halfway there.

“Edmonton for all of us was obviously a huge goal of ours on our way to doing what we want to do,” captain Anders Lee said. “Just the next step in that.”