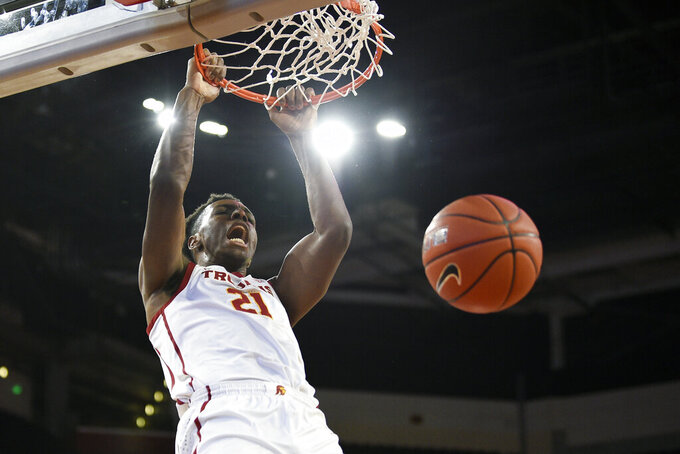 FILE - In this Jan. 18, 2020, file photo, Southern California forward Onyeka Okongwu dunks the ball during the first half of an NCAA college basketball game against Stanford in Los Angeles. Okongwu was selected to the Associated Press All Pac-12 team selected Tuesday, March 10, 2020.(AP Photo/Kelvin Kuo, File) 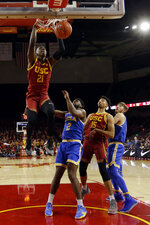 He averaged 16.2 points, 8.6 rebounds and 2.7 blocks for the Trojans. Okongwu broke the school record for blocks by a freshman and was named to the Pac-12's All-Conference first team and All-Freshman team.

Okongwu signed with an agent this week and announced his plans Wednesday on social media. The 6-foot-9 forward from Chino, California, is projected to be a lottery pick in the draft.

“What a ride it's been my first year at USC. My freshman campaign at the school has been nothing short of spectacular,” Okongwu wrote in a message to Trojans fans. “However, all good things must come to an end. I want to take the next step when the opportunity presents itself.”

Okongwu thanked the Trojans coaching staff, his teammates and his family in a message he signed with his nickname: Big O.