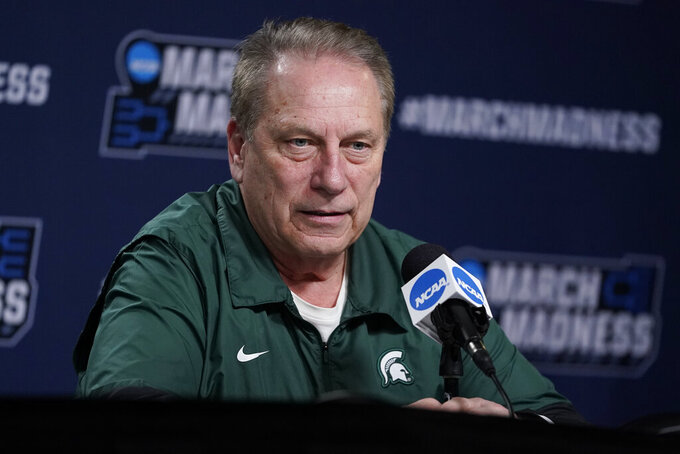 NEW YORK (AP) — Coming off a Final Four appearance, Villanova and new coach Kyle Neptune will face Tom Izzo's Michigan State in one of the major attractions of the seventh Gavitt Tipoff Games.

The Big East and Big Ten Conferences announced the eight men’s basketball contests on Friday. The series will run from Nov. 14-18. Game times and television network assignments will be announced at a later date.

Neptune was hired this spring to replace Jay Wright, who left the program after 21 seasons and two national championships, saying he didn't have the drive for another campaign. A long-time assistant, Neptune returned to run the Wildcats after a year as the head coach at Fordham.

The Gavitt Tipoff Games begin on Nov. 14, with Butler at Penn State and DePaul at Minnesota. The following day features Marquette at Purdue and Northwestern at Georgetown.

Big Ten tournament champion Iowa comes to New Jersey on Nov. 16 to face Seton Hall. The Pirates are now coached by Shaheen Holloway, who led little Saint Peter's on its phenominal run to the Elite Eight, where it lost to eventual national runner-up North Carolina.

St. John’s will host Nebraska on Nov. 17 and the five-day event wraps up on Friday with Indiana at Xavier and Villanova at Michigan State.

The early season series played between the two conferences is named in honor of Hall of Famer Dave Gavitt, the founder of the Big East.