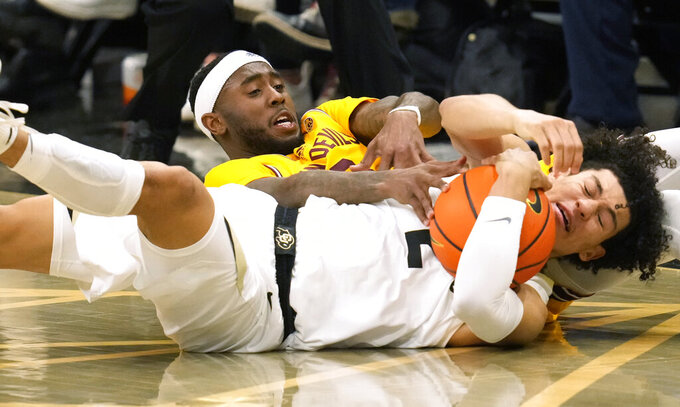 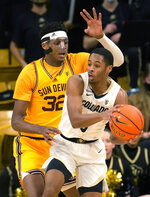 Heath finished with 18 points, 14 in the second half when Muhammad scored 13 of his 15. Marreon Jackson scored 13 of his 17 points in the first half when he had four of his five steals in leading ASU to an 11-point halftime lead. Jalen Graham added 14 points.

ASU carried a double-digit lead through the second half. Muhammad scored eight straight points in extending a lead to 19 with 12 minutes remaining. Consecutive 3-pointers by Heath made it a 26-point bulge five minutes later.

Jackson hit a 3-pointer with nine minutes left in the first half to start an 11-0 run for a nine-point lead. After the Buffs cut it to three behind five points from Barthelemy, Heath had a pair of buckets to start an 11-1 run capped by another Jackson 3 for a 13-point edge. It was 37-26 at halftime.

ASU is at Utah and Colorado is host to No. 2 Arizona on Saturday.