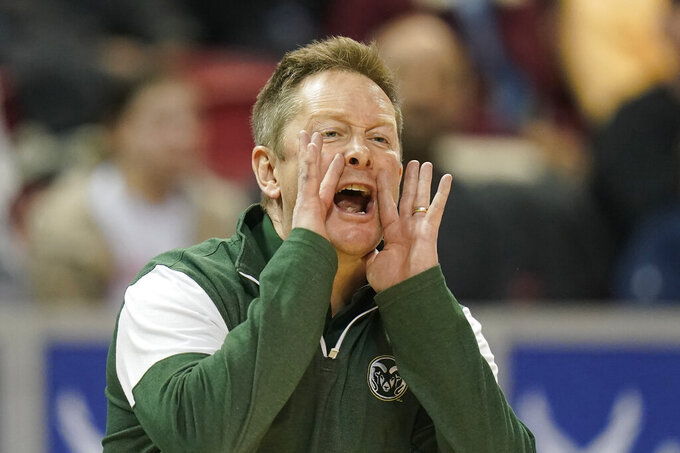 FORT COLLINS, Colo. (AP) — Colorado State amended the contract of basketball coach Niko Medved in a move that would keep him in charge of the Rams through the 2028-29 season.

Medved’s new deal was announced Sunday just as the Rams found out they would be making their first NCAA Tournament appearance since 2013. The sixth-seeded Rams will face No. 11 Michigan on Thursday in Indianapolis.

The Rams have shown steady improvement since they went 12-20 during Medved's first season in 2018-19. Colorado State is 25-5 this season and led by Mountain West Player of the Year David Roddy.

In addition to amending Medved's deal, the school added to the salary pool for the basketball staff, along with incentives. Medved will receive bonuses for such things as winning 20 or more games against Division I opponents ($40,000), capturing the conference regular-season title or the tournament championship ($75,000), qualifying for the NCAA Tournament ($100,000) and winning the NCAA Tournament ($200,000).

“Niko has done an amazing job crafting the culture of Colorado State men’s basketball,” CSU director of athletics Joe Parker said in a statement. “He is a committed educator who helps young people grow through the coaching and instruction of sport.

"His relentless pursuit of excellence aligns with our desire to be nationally recognized as a preeminent athletics program across multiple dimensions."

Medved was a longtime assistant at Colorado State. He then spent four seasons as head coach at Furman and another at Drake before his return to Fort Collins.

“I am so blessed to coach so many wonderful people and work with so many amazing people," Medved said. "We are so excited about the future!”