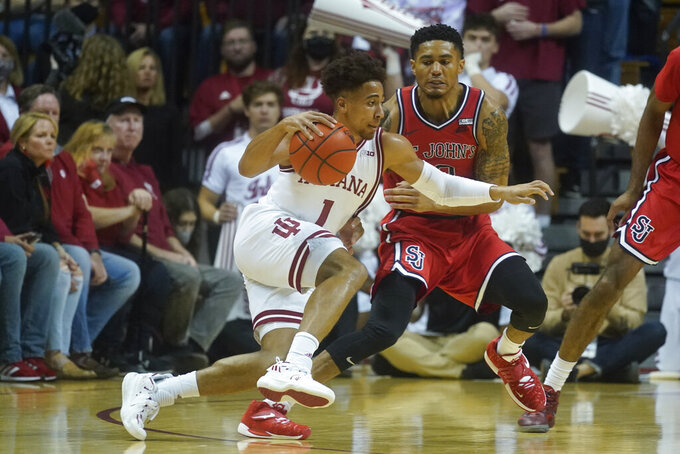 Indiana's Rob Phinisee (1) goes to the basket against St. John's Tareq Coburn (10) during the first half of an NCAA college basketball game, Wednesday, Nov. 17, 2021, in Bloomington, Ind. (AP Photo/Darron Cummings)

The Red Storm (2-1) were visiting Indiana's Assembly Hall for the first time in 29 years and made it memorable, remorselessly whittling a 14-point first-half deficit down to a chance to win at the buzzer.

Julian Champagnie scored 32 points for St. John's, 22 in the second-half comeback, but his 3-pointer for the game didn't fall and the Hoosiers Jordan Geronimo controlled the rebound as time expired.

Alexander drew St. John's into a 56-56 tie with 8:49 to go and the Red Storm came within one point four times in the last four minutes.

Indiana had an answer each time.