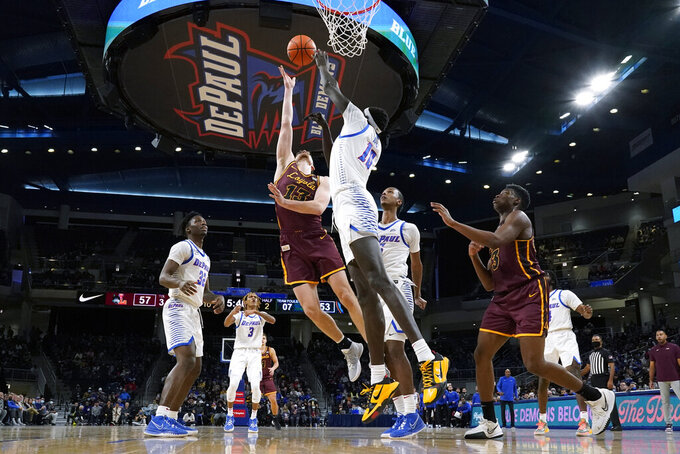 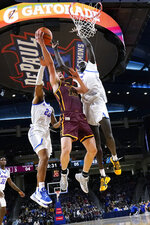 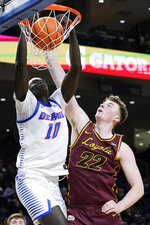 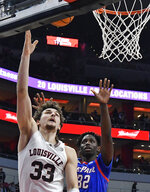 LOUISVILLE, Ky. (AP) — David Jones scored 23 of his career-high 33 points in the second half as DePaul fought past Louisville 62-55 on Friday night.

He made 3 of 4 3-pointers and grabbed 14 rebounds. Javon Freeman-Liberty and Nick Ongenda added eight points apiece. Freeman-Liberty had four of the Blue Demons' seven steals.

Malik Williams scored a career-high 22 points for the Cardinals (6-3), with eight rebounds and three steals.

There were 11 lead changes and five ties as neither team could get ahead by more than nine.

Jones gave DePaul the lead for good with a driving layup, then added a step-back 3-pointer and a putback of a Terry missed 3 in a span of 1:16 as DePaul surged ahead 56-50. He scored nine of DePaul's last 13 points.