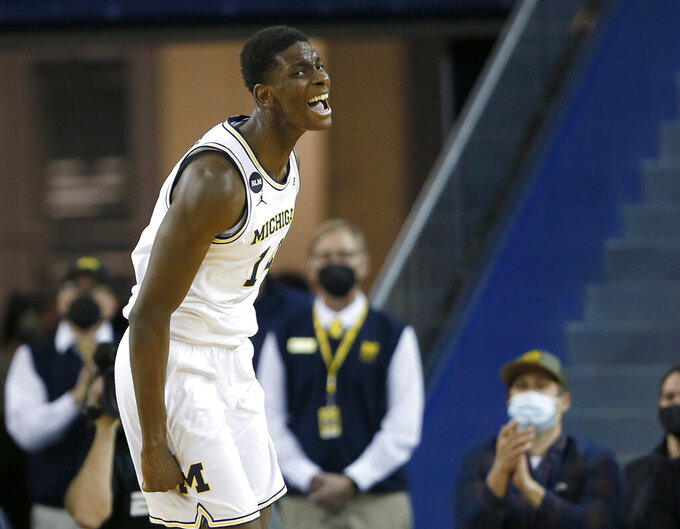 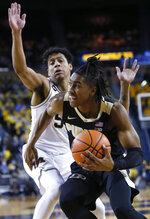 ANN ARBOR, Mich. (AP) — Hunter Dickinson had 22 points to lead Michigan in a lopsided 82-58 win over No. 3 Purdue on Thursday night.

“When you get outrebounded like we did (35-25) and then you get doubled up in turnovers (14-7) and you don’t shoot the ball well, then you need to be very, very good on the defensive end if you want a chance to win the game and we obviously weren’t,” Purdue coach Matt Painter said. “When you look at all those — poor shooting percentages, twice as many turnovers, they outrebounded us by 10, a lot of breakdowns defensively — you’re going to get beat pretty badly.”

Purdue, which went into the game shooting 50.8% from the floor, shot only 44%. Michigan made 53% of shots from the floor. The Boilermakers had been making 41% of their 3-pointers but made only 4 as a team in 17 attempts. Dickinson had four 3-pointers for Michigan.

“We felt we had a good shot to win the game,” Dickinson said. “Just a couple of adjustments on defense we needed to make that we didn’t do in the first game and that led to them taking it away from us. We felt really confident in ourselves and in the game plan and we really executed out there today.”

Michigan led for most of the first half, with its biggest lead of the half, 38-29, coming on a dunk by Diabate with 10 seconds left.

The Wolverines then pulled away in the second half, leading by as many as 29 points.

“With the attack, we had with the drives by (Devante Jones) as well as the the (double teams) we were receiving in the post allowed our shooters to really get open,” Michigan coach Juwan Howard said, "along with (Jones) and Eli getting into the paint and finding guys on the perimeter.”

As for the adjustments, “I’m not going to tell you," Howard said. “We might have to play them a third time."

Purdue: The Boilermakers fell out of a three-way tie for first in the Big Ten and will likely fell in next week’s AP Top 25 poll.

Michigan: A win over a top-5 ranked team should help when the NCAA tournament field is announced next month.

Michigan’s Eli Brooks became the all-time leader in games played at the school. He has appeared in 147 games, one more than Zavier Simpson from 2017-20. … Beginning Thursday, Michigan will face six ranked opponents in its final nine regular-season games.