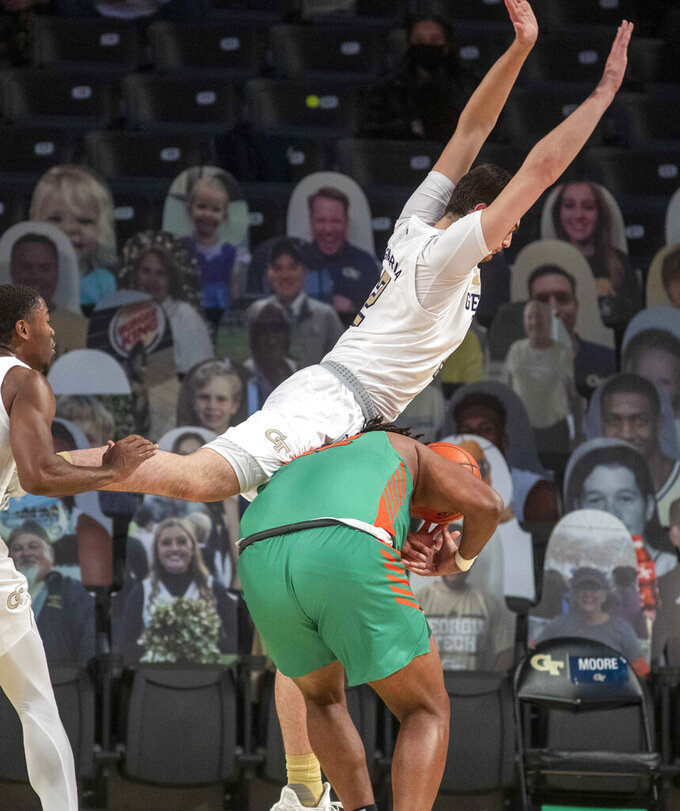 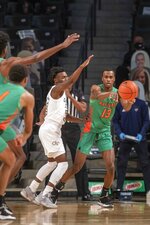 Alvarado and Devoe each hit a 3-pointer and Wright had two dunks in a 14-2 run to open the game and Georgia Tech (3-3) never trailed. Parham and Devoe hit back-to-back 3s to open the second half and give the Yellow Jackets their biggest lead of the game at 41-24. FAMU trimmed its deficit to five points on four occasions from there, the last when Jai Clark hit a 3-pointer with 3:57 to go. Khalid Moore answered with a 3 that sparked an 8-3 spurt, capped by a dunk by Wright that made it 72-62 with 33 seconds left.

The Yellow Jackets are 9-0 all-time against FAMU. They won the previous eight matchups by at least 25 points and by an average of 40.6.

Georgia Tech outrebounded the Rattlers 38-28, including 12-6 on the offensive glass, and outscored FAMU 22-6 in second-chance points.