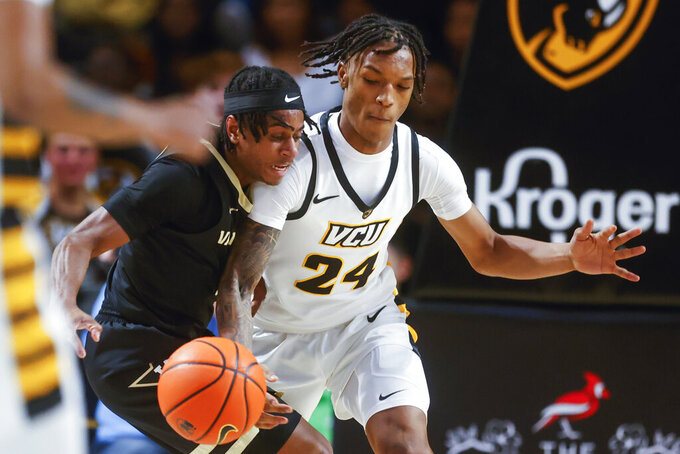 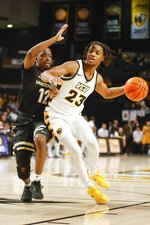 RICHMOND, Va. (AP) — Ace Baldwin returned from a four-game absence to score a career-high 28 points and VCU held off Vanderbilt 70-65 on Wednesday night in a game in which an enraged Commodores coach Jerry Stackhouse was ejected.

Baldwin, the Rams point guard, was back on the floor after being sidelined with a right wrist injury that required two screws being inserted into the bone. He looked in midseason form, making 7 of 14 shots, including 4 of 5 3-point attempts, plus sinking 10 of 12 free throws. He added four assists.

After Vanderbilt tied the game with four minutes remaining following a 7-0 run, Baldwin made a pair of free throws and the Rams led the remainder of the way, though it took a closely contested jumper from the left elbow by Jamir Watkins with 16.8 seconds left to ensure the win.

During the eight-minute media timeout in the second half an angry Stackhouse had to be restrained by his coaches as he confronted officials over Liam Robbins being given a technical foul after tapping his head following his dunk in front of VCU's Toibu Lawal. The three technical fouls resulted in six foul shots taken by Baldwin, who made four, extending a Rams lead to seven. Adam Mazarei took over head coaching duties for the Commodores.

Both teams shot 43%. The difference was at the line where the Rams made 25 of 37 to 15 of 20 for the Commodores. The Rams also had six more points off turnovers.

Baldwin hit consecutive 3-pointers to end the first half with VCU taking a 35-28 lead.