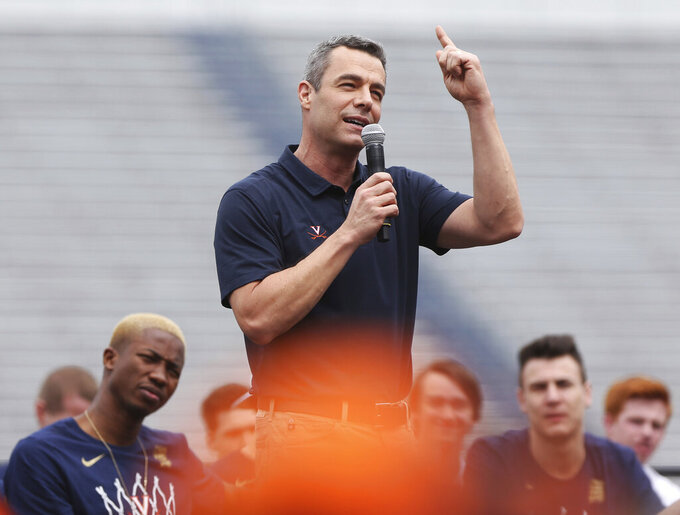 WASHINGTON (AP) — The Virginia Cavaliers, winners of this year's NCAA men's basketball tournament, won't be going to the White House to celebrate with President Donald Trump.

Head coach Tony Bennett tweeted Friday that the team has "received inquiries about a visit to the White House" but "would have to respectfully decline an invitation."

Bennett said, "With several players either pursuing pro opportunities or moving on from UVA, it would be difficult, if not impossible to get everyone back together."

The Villanova Wildcats, who won the 2018 NCAA men's tournament, didn't visit the White House, either.

However, the Clemson Tigers, who won the college football championship in January, did go to the White House — where Trump famously served them fast food from McDonald's, Wendy's and Burger King.

And the Baylor Lady Bears, who won this year's NCAA women's basketball tournament, have accepted a White House invitation. The school said Wednesday that coach Kim Mulkey and the Lady Bears expect to meet with Trump when they are in Washington on Monday.