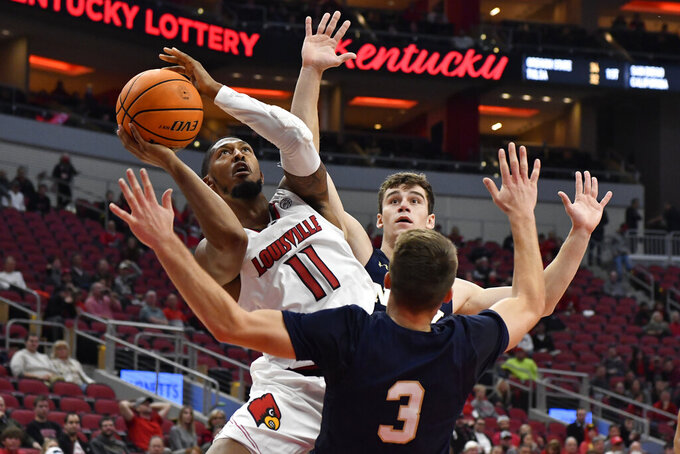 Cross and Williamson led a bench effort that totaled 38 points for the Cardinals (2-1). Starters Noah Locke and Jae'lyn Withers had 12 and 11 points, respectively. Cross made all four of his 3-pointers.

A 3-pointer by Malik Williams gave Louisville a 29-15 lead midway through the first half and the Cardinals went on to lead 45-33 at halftime despite scoring just one point in the final 1:50.

The Cardinals pushed their lead to 52-35 by the first official timeout of the second half. The teams struggled to score in the final five minutes as Louisville outscored Navy 3-2.

Louisville had 18 assists on 28 baskets. Mason Faulkner and Williams had five each.