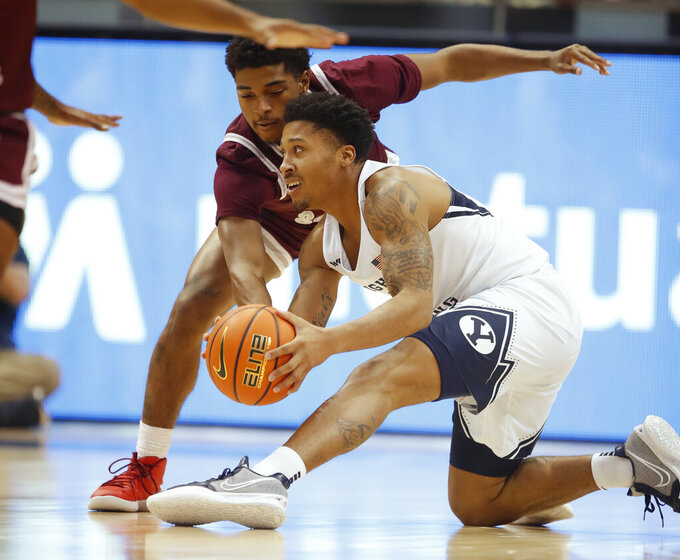 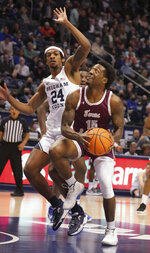 PROVO, Utah (AP) — Te’Jon Lucas had 18 points and seven assists to lead No. 18 BYU to an 81-64 victory over Texas Southern on Wednesday night.

Lucas matched his season high in assists and finished with zero turnovers for the first time this season. He helped the Cougars overcome 39% shooting from the field.

Fousseyni Traore scored 13 points while Alex Barcello scored 12 and Gavin Baxter added 11 for the Cougars (5-0). Gideon George had 10 points and a career-high 16 rebounds.

P.J. Henry led the Tigers (0-6) with 21 points. Brison Gresham added 12 points and nine rebounds for Texas Southern, which fell to 0-4 all-time against BYU. The Tigers also shot 39% from the field.

“Fantastic basketball team,” Texas Southern coach Johnny Jones said. “Very talented and skilled. I think they have the potential to be a better squad than they were a year ago.”

Defensively, the Cougars clamped down on the Tigers for a long stretch in the first half. Texas Southern missed 12 of 14 field-goal attempts over a 9 1/2-minute stretch. It opened the door for BYU to build a double-digit lead.

Hopkins made four free throws in less than a minute to trim BYU’s advantage to 32-26.

Spencer Johnson, George and Barcello each made 3-pointers to extend the Cougars’ lead to 43-30 going into halftime.

“They fought hard,” Lucas said. “Give them all the credit. They punched us in the mouth a lot of times and we (were) able to respond.”

BYU maintained a double-digit lead throughout the second half.

Texas Southern: The Tigers have yet to play a home game. They won’t make their home debut until Jan. 8 against Arkansas-Pine Bluff — their 14th game of the season.

BYU: The Cougars once again showed tenacity in dominating around the basket. They frequently attacked the rim for high-percentage shots. BYU finished with a 52-38 rebounding advantage and outscored Texas Southern 20-5 in second-chance points.

Texas Southern has a week off before playing at Louisiana Tech on Dec. 1.