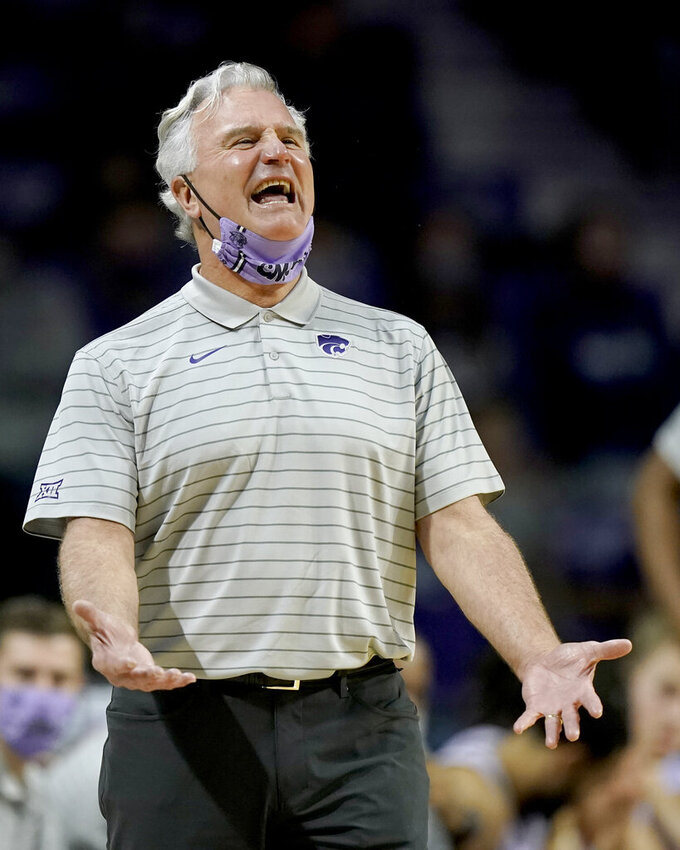 The Wildcats led by just three points at the break but held the Rattlers to 27 points in the second half.

FAMU took a 43-42 lead, its last of the game, with 13:28 remaining. But Selton Miguel scored all 10 of his points during a 12-2 run for Kansas State. MJ Randolph scored 12 straight FAMU points, but he didn't get much help as Kansas State held a double-digit lead for the final six minutes.

Markquis Nowell had six of K-State’s 15 assists and FAMU had 18 turnovers, which the Wildcats turned into 19 points.

Kansas State hosts Omaha on Monday and No. 16 Arkansas on Nov. 22. FAMU faces Le Moyne-Owen and Miami (Fla.) next week.