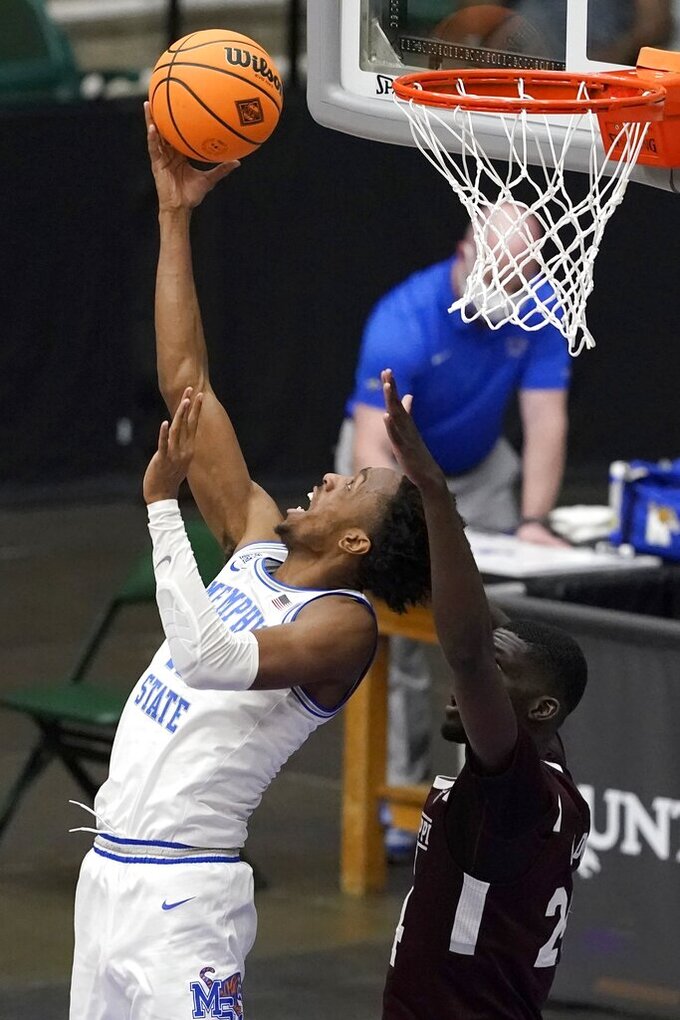 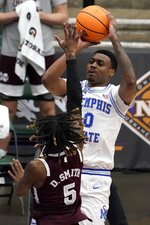 FRISCO, Texas (AP) — Memphis has its first title with Penny Hardaway as coach, and these young Tigers could be set up for more.

Boogie Ellis scored 23 points and Memphis never trailed after a fast start to beat Mississippi State 77-64 in the NIT championship game Sunday, wrapping up Hardaway’s third season coaching his alma mater after the Tigers just missed out on their first NCAA Tournament since 2013-14.

“We want to win championships, and the NIT is just a start,” Hardaway said.

With no seniors on the roster, the Tigers won 11 of their last 13 games. The only setbacks in that span were a pair of one-possession losses six days apart against NCAA Elite Eight team Houston.

"If this group wants to stay together, we’ll be really dangerous. We’ll be very dangerous because now we know the system,” Hardaway said. “The guys for the first time this year, they know how I coach, they know what I’m expecting, they know what the culture is, and they know what we have to buy into for us to be champions next year at the next level.”

Landers Nolley II opened the second half with a jumper and a 3-pointer that put the Tigers (20-8) ahead to stay to stay while winning college basketball's oldest tournament for the second time — they also were NIT champs in 2002. Nolley was one of three sophomore starters for the Tigers, who also had a freshman and junior among the starting five.

“We had a goal of cutting the nets down in the NCAA Tournament, but I do feel like we should’ve been there," sophomore guard Lester Quinones said. “But I feel like this was kind of a message to just show them that we kind of deserved to be there."

Their 2002 NIT title was the spark for a strong NCAA tourney run for the Tigers under John Calipari. Memphis made six of the next seven NCAAs, losing in overtime to Kansas in the 2008 championship game.

Memphis led the NIT finale 13-0 in less than 7 1/2 minutes before missing 11 shots in a row and 21 of 26 before halftime. Mississippi State (18-15) tied the game at 33-all when Andersson Garcia had a steal at midcourt and drove for a layup to beat the halftime buzzer.

The Tigers then shot 67% after halftime (16 of 24) and struck first with Nolley's baskets. The Tigers made 6 of 8 3s after the break, with Ellis hitting consecutive long-range shots early on.

D.J. Jeffries had 15 points for the Tigers, while DeAndre Williams had 12 points. Quinones had eight points with 16 rebounds and did a tremendous defensive job against Bulldogs guard DJ Stewart, who was held to four points after averaging 21.7 the first three NIT games.

The Bulldogs missed their first 10 shots before Smith’s 3-pointer with 12:42 left in the first half made it 13-3. Garcia's half-ending play was part of a 10-2 run in the final two minutes, but Mississippi State had a turnover and missed two inside shots to open the second half.

“I wanted us to get off to a good start because of how poor we started off the first and that really didn’t happen,” Bulldogs coach Ben Howland said. “We struggled to score again to start the second half and we struggled to get stops. And that allowed them to break open and get a six, eight-point lead on us.”

AWAY FROM THE BIG APPLE

After the first-ever NIT cancellation last year because of COVID-19, this year's tournament was reduced from 32 to 16 teams and played entirely in North Texas, more than 1,500 miles from its usual home of New York City. The semifinals and championship game were played outside of Madison Square Garden for the first time in the 83-year history of the event.

After being the first Mississippi State player with three consecutive 20-point postseason games, Stewart was 1-of-10 shooting, and 0-for-5 on 3s. Iverson Molinar, who had 25 points in the semifinal win over Louisiana Tech, finished with six points on 2-of-7 shooting for Memphis.

"We’re not gonna win many games when DJ and Iverson are only 3 of 17," Howland said.

The last four Memphis losses were by a combined eight points. Sixth-ranked Houston hit a buzzer-beating 3-pointer at home to beat the Tigers 67-64 in the regular-season finale, before winning 76-74 in the American Athletic Conference tournament semifinals.