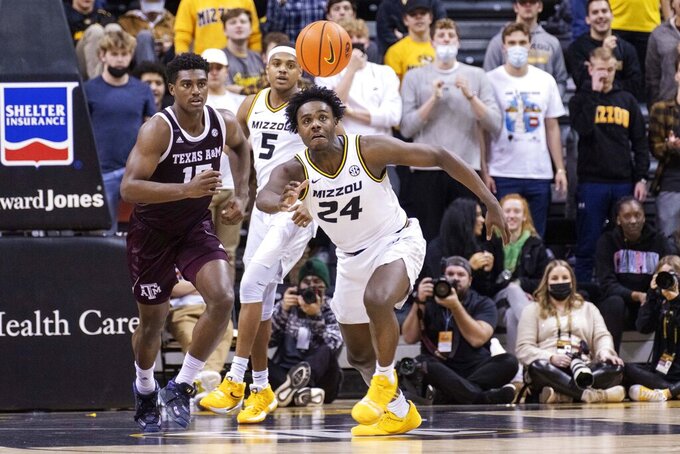 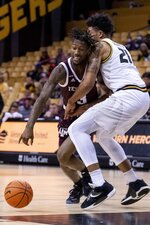 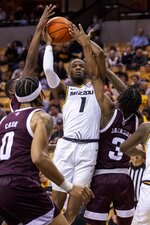 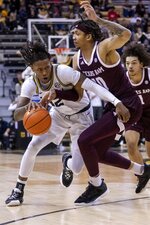 Texas A&M missed its first 13 shots, trailed for the first 35 minutes and never led by more than two until the final minute.

The Aggies' Andre Gordon made two free throws for a 65-61 lead with 31 seconds remaining. The four-point cushion proved beneficial after teammate Marcus Williams missed two free throws with 10 seconds left. Missouri's Jarron Coleman hit a 3-pointer to draw the Tigers within 65-64 but there were only three seconds left when they sent Diarra to the line. He made both and, after a timeout, Missouri was unable to get a good look at a tying shot.

The teams traded baskets — and the lead — four times in the next 2 1/2 minutes.

Jarron Coleman led Missouri (7-9, 1-3) with 14 points. DaJuan Gordon and Javon Pickett scored 11 points each. Kobe Brown, the reigning SEC Player of the Week, had seven points and nine rebounds. He was saddled with four fouls and was limited to 24 minutes on the court.

Missouri, which beat then-No. 15 Alabama 92-86 at home then lost 87-43 at Arkansas in its last two games, saw its home winning streak end at five games.

Texas A&M has won eight in a row. The Aggies last won seven straight at the beginning of the 2017-18 season.