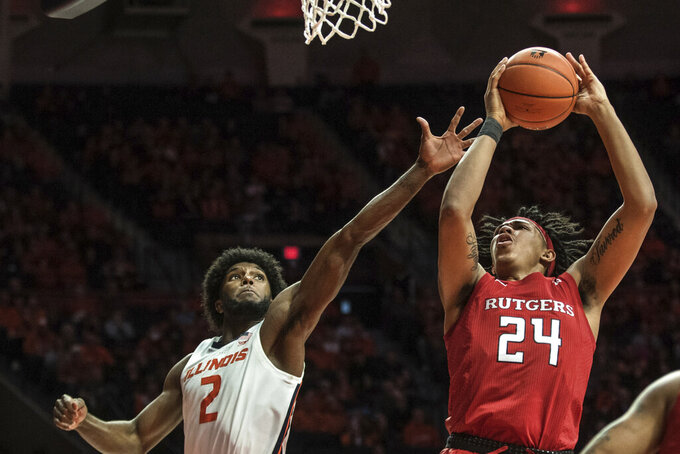 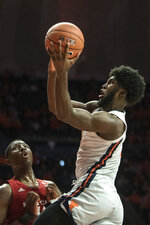 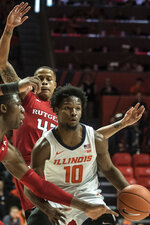 The win propels Illinois into second place in the Big Ten Conference and ties its season win total from a year ago, when the Illini went 12-21 and 7-13 in the conference.

Dosunmu stepped up big in the final two minutes for Illinois (12-5, 4-2). He scored four points (all at the free-throw line) to seal a defensive battle that saw Rutgers (12-4, 3-2) grab the lead early in the game.

“Coach has that trust in me down the stretch,” Dosunmu said after the game. “I like to seize the moment.”

Illinois went on two 6-0 runs in the second half to close the gap against a fierce Rutgers defense. Both teams played exceedingly well defensively.

Cockburn, a 7-foot freshman, hit his seventh double-double of the season for the Illini,

“We shot 19 percent in the first half and found a way to win it against a good Rutgers team,” Illinois coach Brad Underwood said. “I’m proud of our guys today. This shows the growth we’ve been seeing all year.”

“We work hard on our rebounding during every practice,” Underwood said, “It paid off for us today. Kofi in particular stepped up for us.”

Rutgers is playing without veteran point guard Geo Baker, out indefinitely with a left thumb injury. Baker is the team’s second-highest scorer, averaging 11.5 points per game.

He also leads the team in assists and is the undisputed leader on the court. Baker could miss up to a month because of the injury, sustained in practice last week.

Rutgers played the brand of defense it’s known for this season, but couldn’t contain Dosunmu down the stretch,

Illinois, on the heels on a huge road win against Wisconsin on Wednesday, stepped up again against a tough conference foe. The Illini slipped into second place in the Big Ten, trailing only No 8 Michigan State, which sits at 13-3 and 5-0 in conference play. The Spartans play Purdue on the road Sunday.

Rutgers: Travels to Indiana on Wednesday, not an easy assignment since the Hoosiers are 10-1 at home this season.