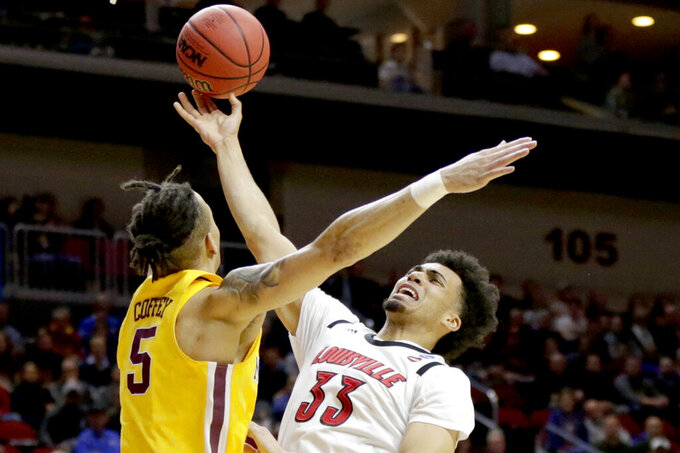 Louisville's Jordan Nwora (33) goes to the basket against Minnesota's Amir Coffey (5) during the first half of a first round men's college basketball game in the NCAA Tournament, in Des Moines, Iowa, Thursday, March 21, 2019. (AP Photo/Nati Harnik)

Nwora didn't specify in a release Thursday if he would hire an agent. The 6-foot-7 sophomore forward says feedback from NBA clubs will determine whether he stays in the draft or returns for his third college season. He says either way, "that will allow me to find out what NBA teams want me to improve to enhance my draft stock, whether it is for this year or next year."

The Buffalo, New York, native was named the Atlantic Coast Conference's most improved player after raising his scoring average from 5.7 to 17 points per game last season and leading Louisville to the NCAA Tournament.