Va. Tech runs away from Georgia Tech behind Aluma 81-66 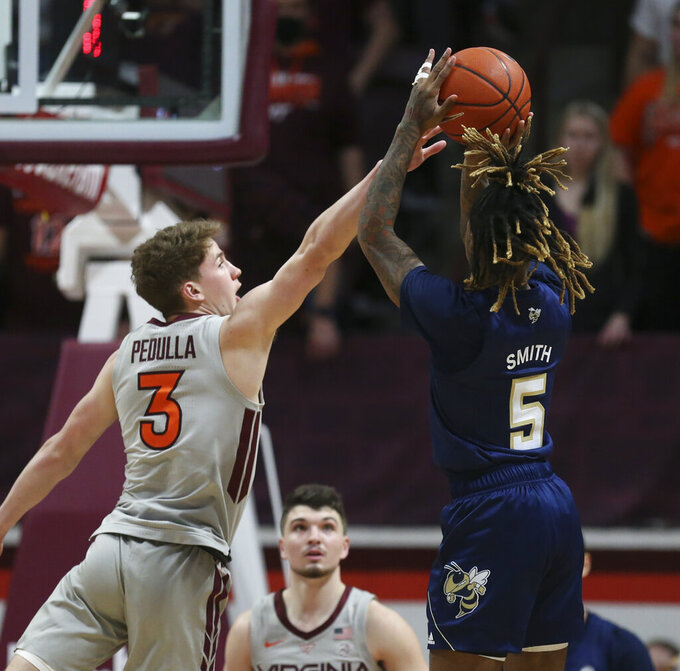 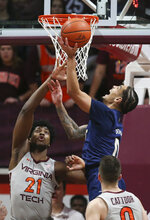 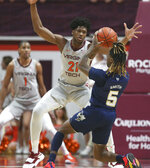 BLACKSBURG, Va. (AP) — Keve Aluma scored 24 points on 8-for-11 shooting and 8 for 9 from the foul line and Virginia Tech led most of the way in an 81-66 win over Georgia Tech on Wednesday night.

Michael Devoe's layup pulled the Yellow Jackets into a tie at 23 with 8:26 remaining before halftime. From there the Hokies responded with an 18-4 run and led 41-27 when Darius Maddox made a 3-pointer with 2:47 before intermission. The Hokies doubled their 46-35 intermission margin to 63-41 on Aluma's three-point play with 13:53 remaining.

Devoe was the only player for Georgia Tech to reach double figures with 30 points missing just eight shots in 19 attempts.

Virginia Tech now leads the all-time series by a margin of 21-8.

The Hokies have a home-and-home with Pitt, facing the Panthers on the road on Saturday before returning to Blacksburg, Virginia to face them on Monday.

By Richard J. Marcus an hour ago
By Tommy Conmy 2 hrs ago
By Eric Olson 10 hrs ago
14 hrs ago
By Aaron Beard 14 hrs ago