Battey, Colorado edge out Washington St. in return to action 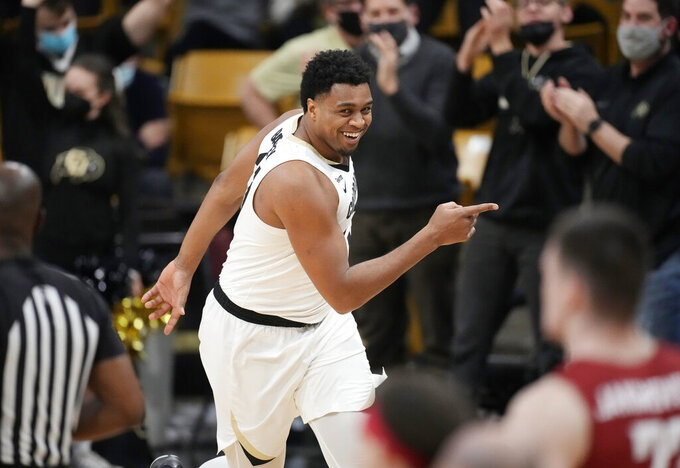 Colorado forward Evan Battey reacts after blocking a shot by Washington State in the second half of an NCAA college basketball game Thursday, Jan. 6, 2022, in Boulder, Colo. (AP Photo/David Zalubowski)

Jabari Walker scored all 16 of his points in the second half and missed just four of 11 shot attempts. Tristan da Silva added 10 points for the Buffs.

Colorado (10-3, 2-1 Pac-12 Conference) now has an 11-0 record in Boulder against the Cougars who played without Noah Williams who didn't make the trip. Williams is averaging 12.8 points this season.

Thursday night's contest featured 14 lead changes, but Colorado went on an 11-0 run in a little less than two minutes to go up 66-58 with 8:52 remaining and led the rest of the way. The Cougars led 38-37 at halftime.

Up next for the Cougars is a trip to Salt Lake City to face Utah on Saturday while Colorado is scheduled to host Washington on Sunday.