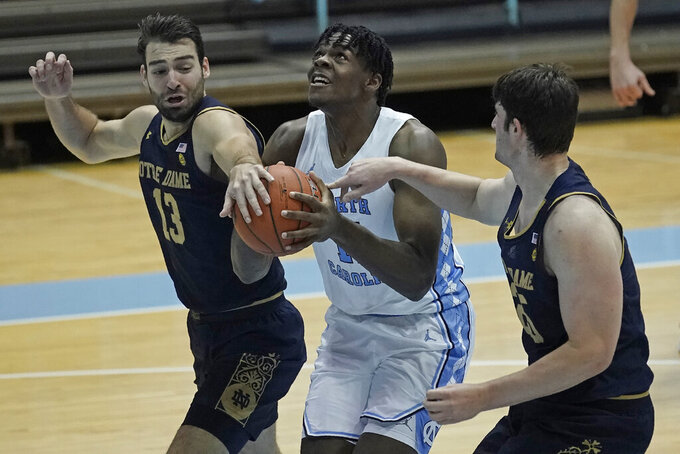 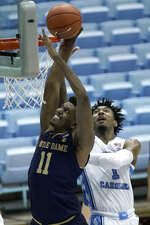 Caleb Love hit a 3 before before Sharpe scored the final six points in a 9-0 run that gave North Carolina a two-point lead with 4:19 left in the game. There were six lead changes, including a layup by Prentiss Hubb that gave the Fighting Irish a 65-64 lead with 36 seconds later. With the shot clock dwindling, Black slipped around a screen by Garrison Brooks and dropped in a running bank shot to cap the scoring with 9.1 seconds remaining.

Laszewski led the Fighting Irish with 25 points and nine rebounds and Hubb scored 14 points. Laszewski, who went into the game shooting 57.1% from behind the arc, made a career-high seven 3s on 11 attempts.

The game was announced on New Year's Eve after UNC and Notre Dame had games originally scheduled for Saturday against Syracuse and Pittsburgh, respectively, postponed due to circumstances surrounding the coronavirus pandemic.